Sloaney Dining reviews high quality and exclusive restaurants around the world. We dine at some of the most renowned establishments, whilst also working to discover equally impressive hidden destinations.

British Summer Social Season 2021: The Henley Royal Regatta is due to run in August 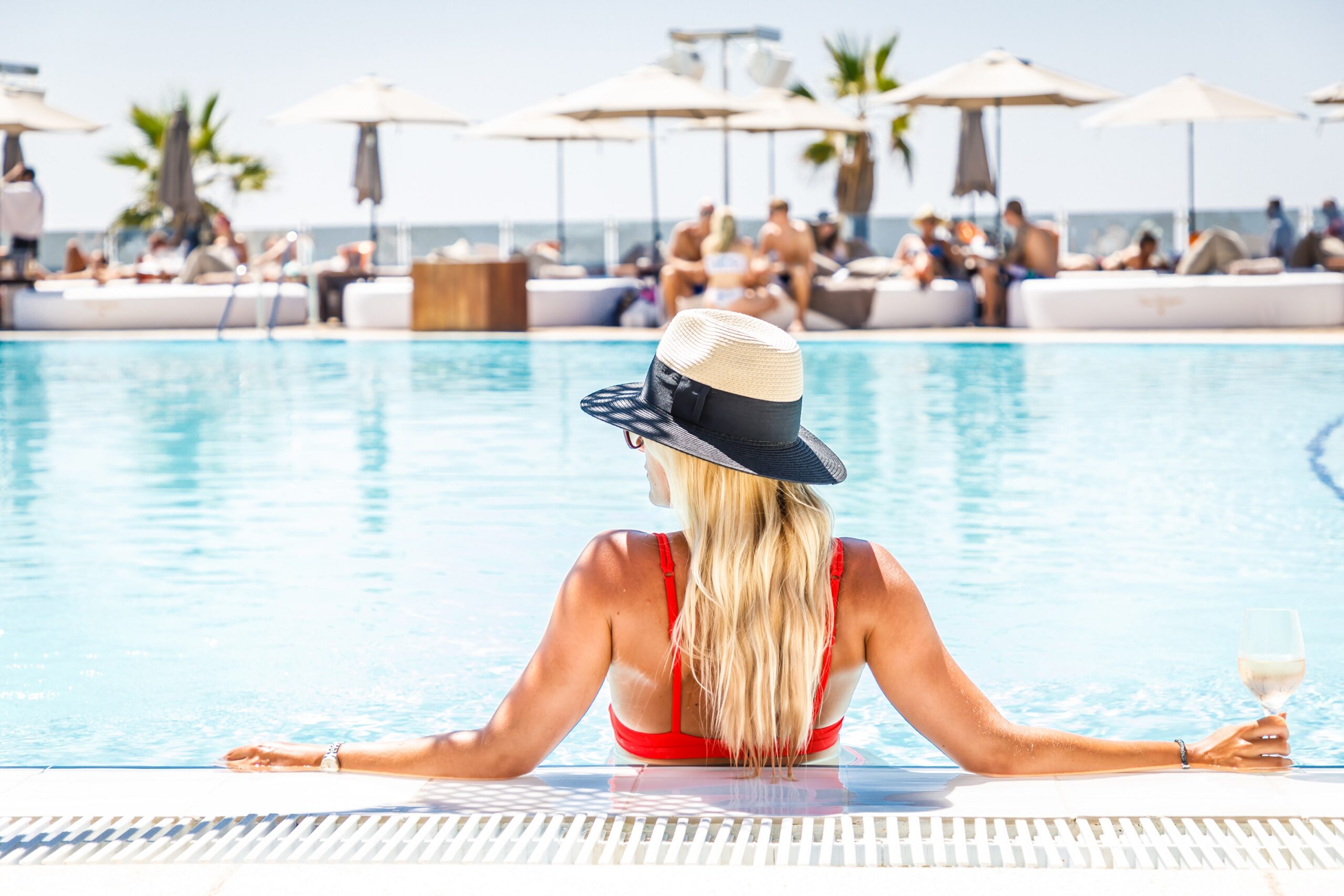 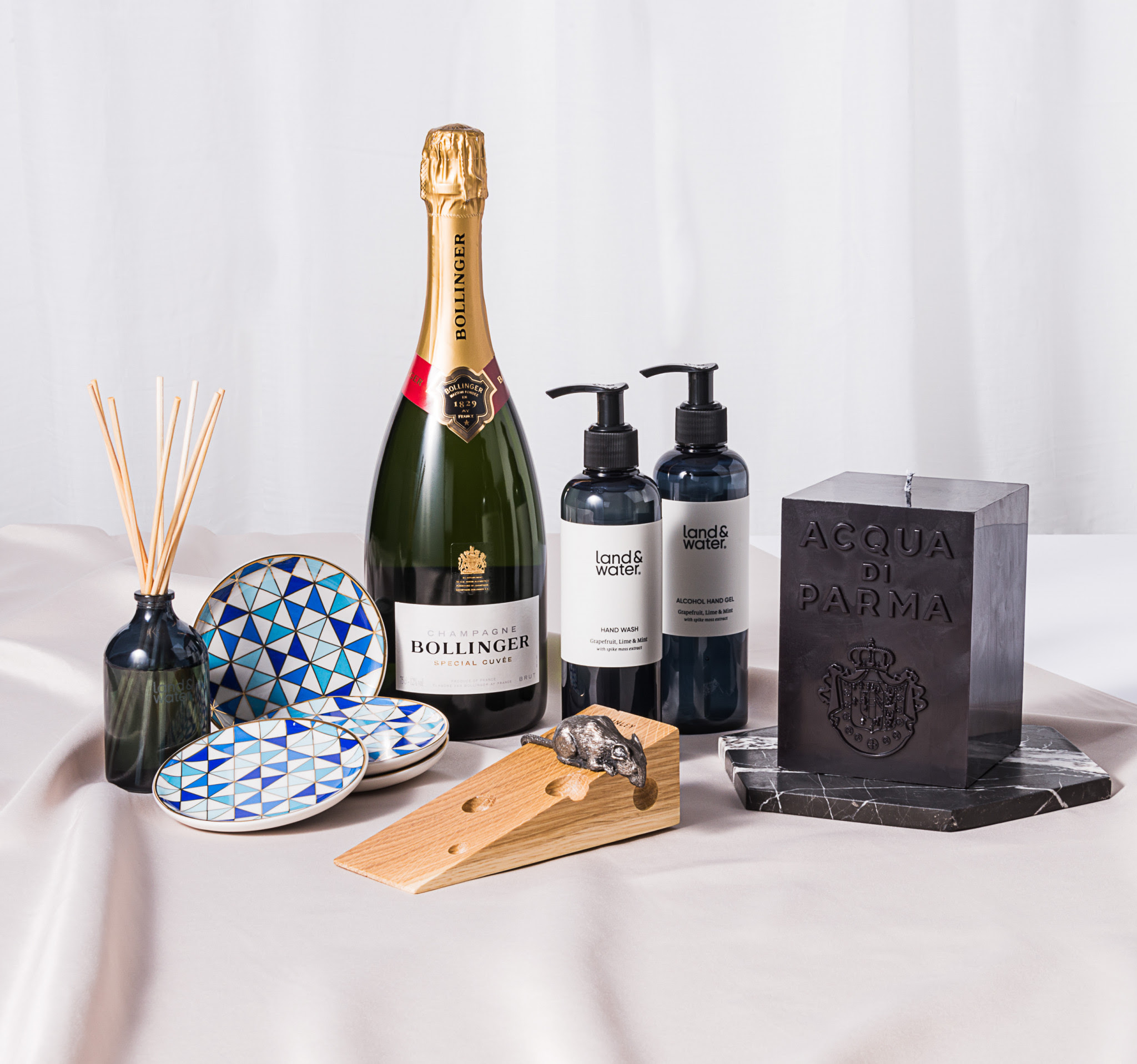 Everyone loves to enjoy a glass of champagne on Christmas Day and to begin the proceedings with some fizz. We have recently been previewing some of our favourite vintages in our Christmas Tipple series but champagne is not everyone’s preferred choice. For many people, just one glass of bubbles will do before they venture onto […]

A festive feast at The Imperial

By Katie Ann Lamb December is finally arriving tomorrow and we can enjoy all that comes with it. From festive decorations to mince pies and turkey. To get into the spirit of Christmas I went to sample the Festive Feast that is a new offering at The Imperial on New Kings Road. This gorgeous Gastro […]

When it comes to gift boxes, there are few champagne brands that can rival the stunning presentation of Perrier-Jouët. They use pretty floral and butterfly sketches to playfully decorate the bottles and therefore create a striking gift, which is perfect for a special occasion. This year Perrier Jouet has released two special bottles for Christmas […]

The Chelsea Membership at The Sloane Club

By LAURA TOOGOOD I have walked passed The Sloane Club on Lower Sloane Street many times and it has always made me smile. As the founder of The Sloaney, I feel as though it should be a second home! I recently had the opportunity to venture inside this historical private member’s club, which originally began […]

Located on a discreet street in Mayfair is an Italian dining delight that serves world-renowned wine and delicious food. Ristorante Frescobaldi is the first restaurant on British soil for the famed Tuscan wine dynasty. Wine connoisseurs will likely be familiar with this family of producers as they have been making wine for over 700 years, spanning […]

In anticipation of the festive season, Harrods has announced the launch of a Christmas afternoon tea at their flagship restaurant, The Georgian. The Christmas-inspired tea will be available from the 6th of November and can be booked in advance from now. Menu highlights include finger sandwiches such as Roast Dee Valley turkey, rocket leaves and spiced […]

We have visited the beautiful city of Bath a couple of times before, staying at the luxurious Bath Spa Hotel and also frequenting the Christmas Market. While many choose to go to Bath to admire the stunning architecture, learn about its history, or indulge in a romantic weekend away, we have discovered another draw to […]

Tom Kerridge is next ‘Chef of the Season’ at Harrods

Tom Kerridge will be joining Harrods as the next guest chef for their ongoing foodie campaign Chef of the Season. Tom has created a winter range of dishes-to-go for the Food Halls which will launch on 1st October, followed by a Christmas range launching on 12th November through until the end of the year. In a first […]

Michelin starred cuisine to be served on Burgess superyachts

To mark their 40th anniversary, superyacht powerhouse Burgess has announced an exciting collaboration with Michelin-starred chef agency, Kirsty Stanley-Hughes. The new venture enables superyacht clients to gain direct access to some of the world’s most celebrated Michelin-starred chefs. In addition to Michelin starred cuisine served privately on board the Burgess fleet of superyachts, the chef is also able […]

By KATIE ANN LAMB With Wimbledon upon us, what better way to celebrate this fabulous highlight of the British Summer Social Season than by sipping Pommery Champagne in the heart of South Kensington? That’s just what we did while attending the Summer Party at South Kensington Club. The club is located in a historic Georgian […]

Pedrino: A refreshing tipple for the heatwave

With London and much of the British Isles enjoying the hottest day of the year so far, we are sure picnics and BBQs will be planned for many. Sam Showering whose family created Harvey’s Bristol Cream & Babycham and Joseph Knopfler the son of Mark Knopfler from the Dire Straits have created a premium alcoholic […]

Cloudy Bay has an excellent selection of wines to suit the record-breaking temperatures in Britain during our current heatwave. We particularly like the light and refreshing Cloudy Bay Te Koko Sauvignon Blanc 2012. It is perfect for the warmer summer temperatures and also works really well when paired with BBQ foods. So, whether you are […]

Marcus at The Berkeley in Knightsbridge played host to the London launch of an exciting caviar brand that is set on modernising the appeal of this traditional delicacy. With an impressive range and contemporary packaging, which includes an integrated ice pack within the presentation box for those needing to travel with their purchase, Volzhenka is already […]

Champagne in the sky at British Summer Time

Barclaycard British Summer Time is currently taking place in Hyde Park. It is one of the top events on our British Summer Social Season Guide and attracts some of the best music artists in the world. This weekend will see The Who take to the stage tonight, followed by Taylor Swift tomorrow and they will […]

The Perrier-Jouët Art of Vintage Collection

Perrier-Jouët has released its first ever series of vintage champagnes. The Art of Vintage Collection is a rare selection of three mature vintages of Belle Epoque. The 1985 bottle will be particularly interesting for some this year because it will make an ideal birthday present for anyone turning 30 over the coming months. The […]

There was great excitement in the Westminster area when Conrad Hotels & Resorts announced that they would be opening their flagship London property. The highly anticipated launch was very much welcomed and this new addition to the capital’s luxury hotel scene has proven successful. One of the main attractions for residents and visitors to the […]

Scottish pop up Dram and Smoke is back in town!

By CAT GRAY Slick Scottish pop up Dram and Smoke is back with a new spring menu and a new home in a former  sofa factory in Hackney Wick overlooking the Olympic Stadium. Having experienced their first foray in to the London restaurant scene last summer, they had a lot to live up to but they […]

Sakura at Sake no Hana

This week Sake no Hana, which is part of the impressive Hakkasan Group hosted an exclusive party to celebrate the launch of Sakura at Sake no Hana. The bar, which is located beneath the restaurant on the ground floor, was beautifully decorated with cherry blossom. Stunning pink branches also currently frame the door outside and […]

Although The Ivy Chelsea Garden has already been open for a few weeks, last night’s official launch party formally marked its presence on the King’s Road. A host of high society guests joined celebrities to sip Moët & Chandon Champagne and dine on delicious canapés, while admiring the impressive garden area. Those in attendance included Sophie Ellis-Bextor, James […]

Where to dine in New York City

By NATASHA EDDERY There are the obvious things to write about for a travel review in New York, famous sights, hotels, museums, shopping, the list goes on. But this has been done and I wanted to write something different, especially as this was my first visit to the city. Personally, wherever I travel and whatever […]

By ANTONY NEWTON AND SARAH BACON The choice and style of coffee is very personal as everyone has their favourite roast, blend and end result. The UK coffee market is big business with over £5 billion spent in coffee shops per year. So how do you re-create that quality pre-work coffee at home so you don’t have […]

Kona: The perfect restaurant for an elegant champagne toast

We had never visited Taj 51 Buckingham Gate Suites and Residences in London before, which are part of the Taj Hotel Group. So, when we went along to try the newest restaurant offering, Kona, we were pleasantly surprised by the beautiful courtyard setting. It provides a solace among the busy streets that surround Victoria and […]

The best of both worlds at The Portman

Although there are plenty of gastro pubs in London, finding the perfect combination of a traditional boozer that also offers a top quality dining experience can prove relatively difficult. More often than not, pubs get stuck between the two and find it hard to bridge the gap in the right way. However, we think that […]

Brew Café has recently expanded further by opening a new venue in Putney. It is already established in many of the South London hotspots including Wimbledon, Clapham and Battersea. The latest addition to the Brew collection is located on Lower Richmond Road and the spacious setting includes a large terrace that will be uncovered during […]

By LAURA TOOGOOD Despite being based in Mayfair for the last four years and passing the venue at least once a week, I had never dined at Hakkasan until last night. I had, however, heard numerous rave reviews from all who have visited this famous London restaurant. For some reason, I always imagined a dramatic […]

With Valentine’s Day fast approaching, it is time to make some plans for the special day. Everyone loves to raise a glass of champagne on an important occasion and Champagne Bruno Paillard has a Rosé Premier Cuvée, which is perfect for celebrations on February the 14th. It has just been listed by the glass at […]

By LAURA TOOGOOD During our recent visit to Oberlech for a travel feature that explored this chic skiing destination, we ventured down from the mountains one evening to sample the culinary delights at the Gasthof Post. This Relais & Châteaux property is known as one of the most exclusive destinations in the village of Lech. […]

There is certainly no sign of ‘Dry January’ in Dub Jam. We popped into the cosy Jamaican rum shack last night and it was full to the brim. Admittedly, it is a small space but every table was taken and people were waiting patiently outside the door at times for a free standing spot to […]

Beat the Christmas bulge at Tombo

If you have woken up on Boxing Day feeling rather full after gorging on Christmas dinner, the thought of a traditional English roast this weekend probably couldn’t be further from your mind! With New Year resolutions always packed with thoughts of eating well and staying healthy, you can get a head start during the festive […]

Streaky Gin has the wow factor as soon as you step through the door. With an enormous glowing Gin sign hanging above the bar, an entrance to the staircase that resembles an old-fashioned telephone box, wallpaper that imitates a library in the corridor and bar stools in the basement that are saddles, you cannot help […]

Charlotte Street is always a great place to visit for a casual bite to eat and it is packed with fun restaurants. One of the most recent additions is BOBO Social and this is the place to go if you like ‘posh burgers’. They currently have a seasonal burger available, which has a festive twist. […]

The Truffle Shop has recently been launched in the Harrods Food Hall. It offers whole truffles and a decadent selection of truffle-inspired dishes-to-go. From sophisticated starters and mouth-watering mains to inventive desserts, the sought-after ingredient takes centre stage in an indulgent array of warming winter dishes. Harrods chefs have created a glorious menu and starters […]

With its rather fabulous location, which sees Sloane Street and the high-end boutiques in Belgravia such as Christian Louboutin right on the doorstep, it is little wonder that visiting the Jumeirah Carlton Tower for Afternoon Tea during the Christmas shopping season has become somewhat of a tradition for The Sloaney team. Aside from the fact that […]