Former Young National Chef of the Year, Ben Murphy, 25, has launched his first restaurant, The Woodford, in South Woodford, this month. Backed by established Essex-based restaurateur Steve Andrews, the 120 cover restaurant in north east London will span two floors, with a dedicated Champagne & seafood bar on the first floor. 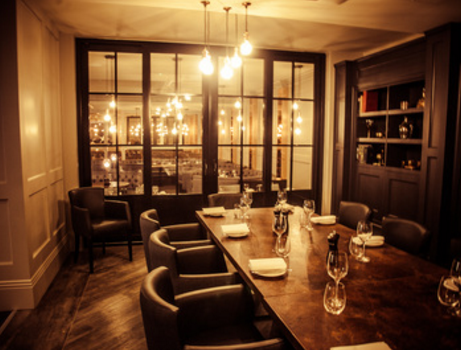 Ben Murphy grew up in north west London and after completing his Professional Chef Diploma, went straight to work for the renowned Pierre Koffmann at the Berkeley, learning the basics of French cuisine. After three years, encouraged by Koffmann, Ben moved to France to work at two, three Michelin-starred restaurants: Michel Guerard’s Les Pres d’Eugenie in the South West and Epicure at Le Bristol in Paris, working under Eric Fréchon. He then returned to London to work at The Greenhouse in Mayfair, which holds 2 Michelin stars.

Steve Andrews has had over 20 years of experience in the hospitality industry. He currently owns The Blue Group, a collection of four hotel, restaurant and bars and more recently, launched The Grey Group with two restaurants, all in Essex. 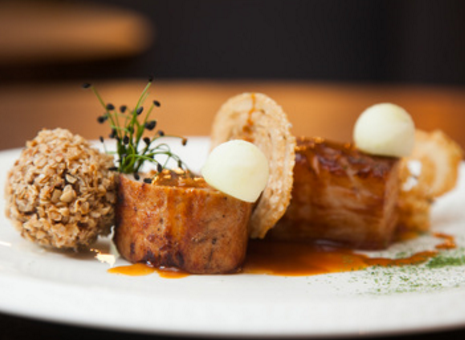 The Woodford is beautifully designed and clearly well thought through with exceptional attention to detail. A sexy marble topped bar and seating area greet you on entering which is ideal for some pre-dinner drinks. The kitchen is open where you can observe Ben and his brigade preparing various dishes in hushed tones.

There is a chefs table at the end of the kitchen which I’m certain will be booked out for months to come for those who wish to learn from the masters. The Woodford has a warm and luxurious feeling akin to entering a five star hotel in Mayfair but without the formality. 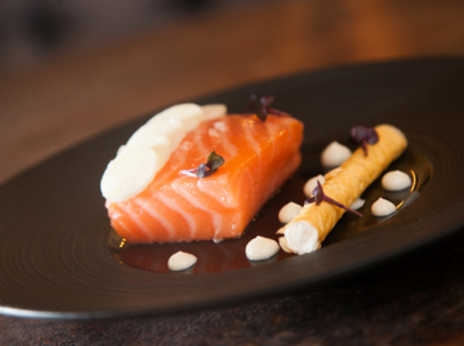 Ben’s cuisine is refined, precise and plays with combinations of sweet and savoury flavours, such as variations of lamb (braised, confit and roasted) with toasted peanut and aubergine which was stunning, and in our view of Michelin standard already.

The seafood & Champagne bar on the second floor is going to be a sure-fire hit – various types of oysters are on the menu including Maldon and Carlingford as well as lobster and dressed crab matching perfectly with Pommery Brut Royal. 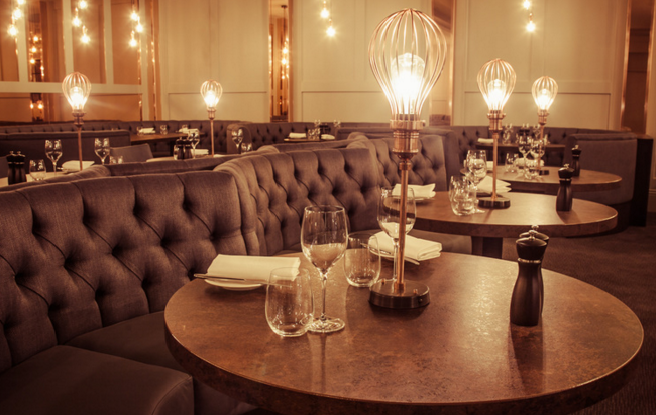 The Woodford is already a hit locally and will only get busier once word gets out. Located 20 minutes by tube from Liverpool Street, The Woodford is set to be a welcome addition to the area and ‘one to watch’ in 2016.