Last night I attended the Private View of recent work by Nichola Eddery. The Honorary Chairman Sir Peter O’Sullevan CBE and The Directors of The Osborne Studio Gallery hosted an evening soiree to showcase the wonderful talent of this artist. 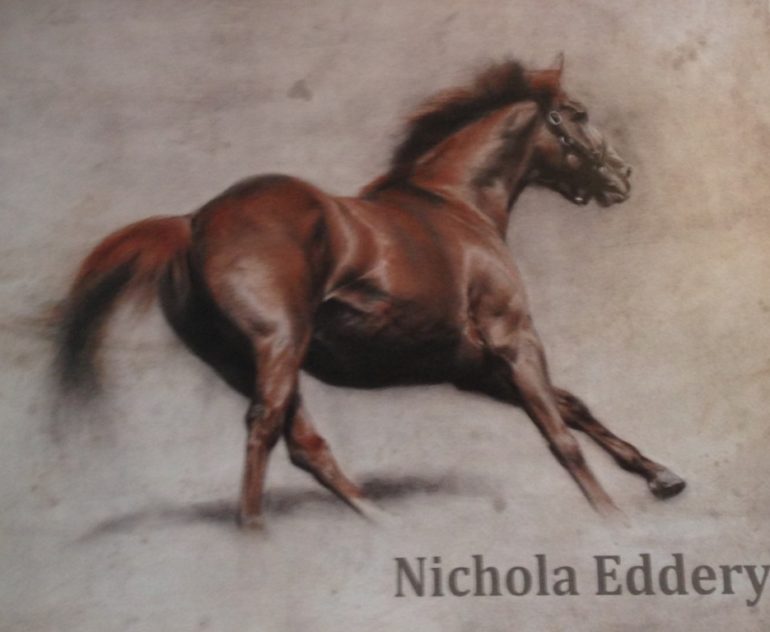 Guests arriving at the Motcomb Street gallery were greeted by wine and canapés on what proved to be a warm summer evening in Belgravia. Nichola is the sister of one of our feature writers Natasha Eddery and her equestrian themed work is quite magnificent. It was apt to host the preview event at the start of Royal Ascot week as the family are steeped in racing history. 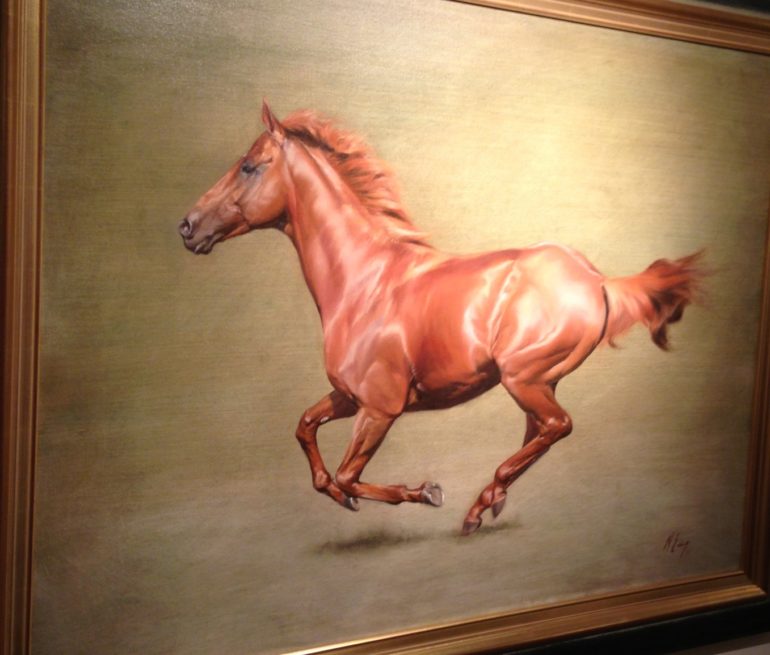 Nichola is passionate about drawing and painting; she has studied in Florence and the Loire Valley. Her technique was further refined after spending time in California under the eye of accomplished artist, Ryan Wurmser. 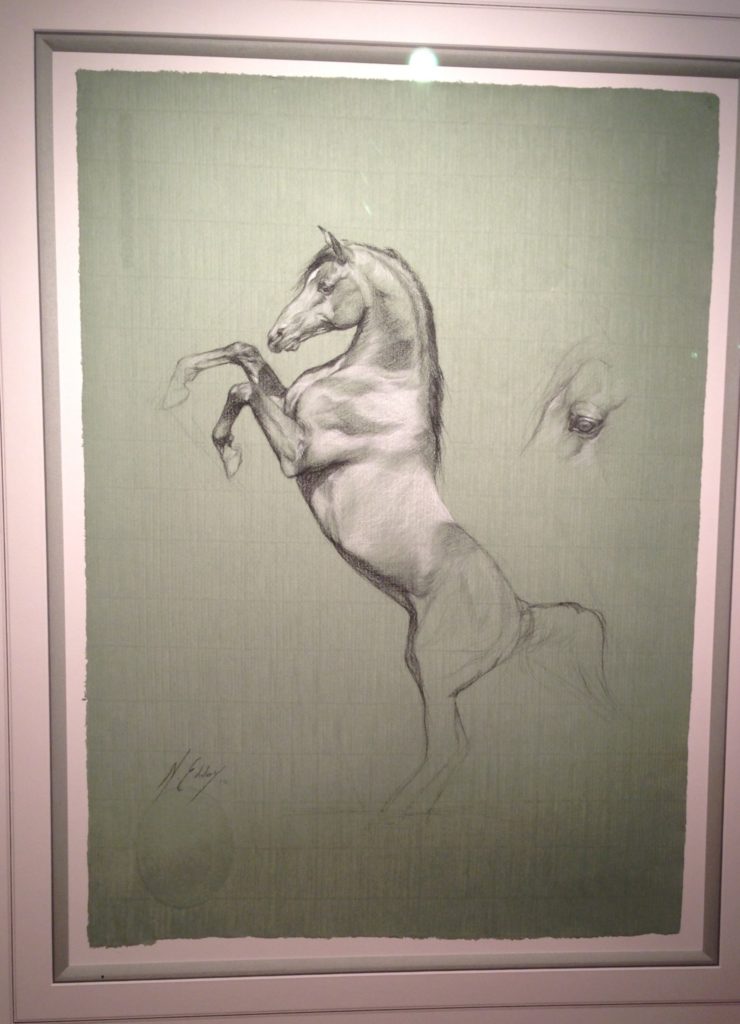 The pieces on show included the stunning Running Like the Wind oil on canvas, which was sold for £8,750. The Rearing Study also proved popular with guests and was created with charcoal and chalk on green paper (£3,000). The smaller poster style collection attracted much admiration as it features various individual jockeys in silks (£850 per canvas). 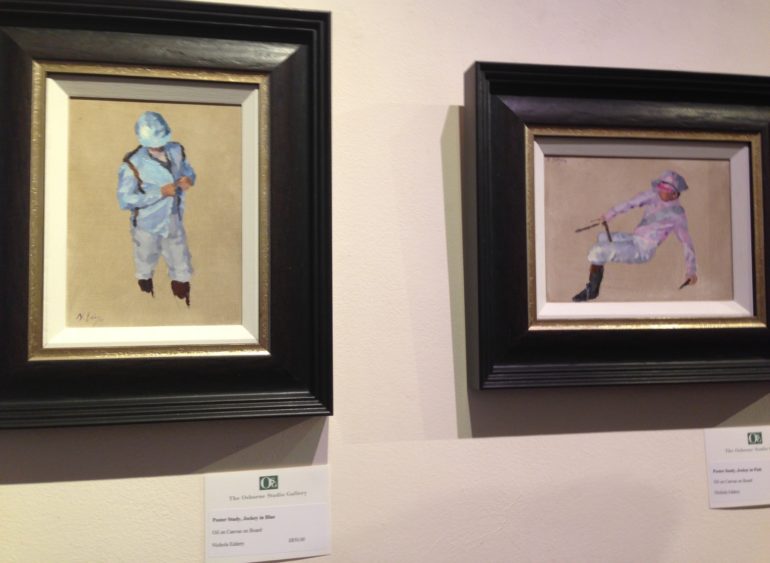 Unsurprisingly, much of the collection has already been sold. However, there are still some beautiful pieces of work available by Nichola. She also takes commissions and I could not recommend anyone better for painting your equine friend.

The exhibition runs until Friday 5th July 2013 and more information is available by contacting gallery@osg.uk.com

This site uses Akismet to reduce spam. Learn how your comment data is processed.