If you are working on shaping up for summer but don’t have much time to spend on improving your fitness, I have some good tips for helping you get better results. 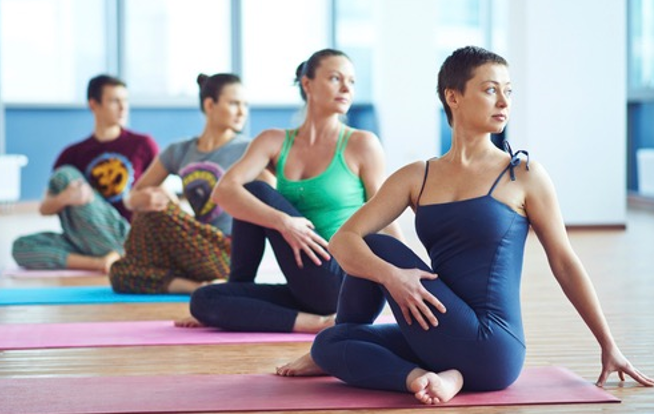 You can’t train on a bad diet. So if you’re serious about shifting a few pounds, you have to start making good nutrition your number one priority. You don’t need me to tell you how to eat healthily, but you need the willpower to do it. That means getting organised, prepping your meals, and cutting out the junk. Meals out and cheat days are fun, but if you want the fastest fat loss possible, they’re not what you need right now. Eat food as close to its natural form as possible. Lean meats, eggs, fish, fresh veggies, fruit and nuts. Keep it simple. Don’t go skipping meals or going too low on the calories either, as doing so will mess with your leptin levels and just end up slowing your metabolism. Eat well, but eat sensibly.

When trying to lose fat, many people skip the weights in favour of more cardio. This is not a smart move.

Whether you’re training for fat loss or muscle building, heavy lifting should always be the cornerstone of your routine. From a fat loss perspective, heavy compound lifts are what fire up your metabolism most efficiently and elevate the rate at which your body burns fat. If you want to get lean fast, focus on the big lifts that give you the most bang for your buck – think squats, deadlifts and farmers walks.

Also, simply putting on a few pounds of muscle will significantly increase your calorie burn throughout the day. The more muscle on your frame, the faster your body burns fat. So get stronger, and you’ll get leaner too.

3 – Get smart with carbs

Learning how to manipulate carbohydrates properly is one of the most valuable weapons in your fat loss arsenal. For faster fat loss, eat lower carb, higher fat diet throughout most of the day. Then, time your carbs strategically after your workouts when you are most insulin sensitive, and the glucose will be converted straight into glycogen and NOT into body fat.

In practice for someone that trains in the afternoon, that means skipping the carbs at breakfast and lunch. Steak and eggs, followed by a chicken salad with avocado are great choices. If you need an energy boost before training, try a spoonful of nut butter. Then, enjoy your carbs in your evening meal after training. You don’t need to go to town on them – a medium sized sweet potato alongside your grilled chicken and veggies is perfect.

Most people think that you have to cut out carbs completely to lose weight, but that’s not the truth. You just have to understand the best times to eat them in order to get lean.

Sprinting is a must for fast, efficient fat loss. As a wise man once said, sprinting is like cardio for people who want to look good naked.

As an anaerobic exercise, sprinting bypasses glucose as a fuel and goes straight to the fat cells. What’s more, sprints have been shown to increase the rate at which fat is oxidised after exercise has finished by as much as 75% – meaning the benefits of sprinting continue far beyond the time spent doing the exercise itself. 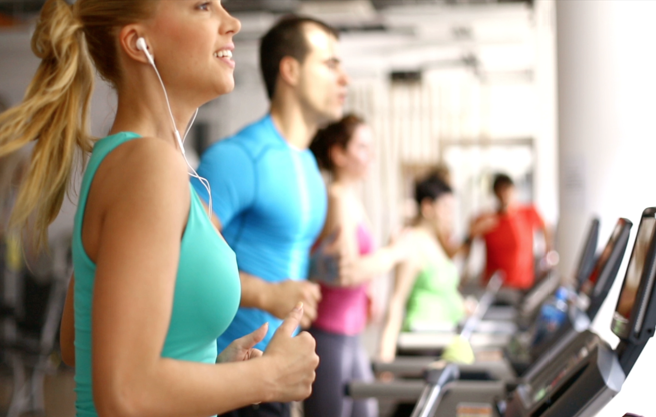 Inflammation plays an extremely important role in getting lean, but is also one of the most overlooked factors when it comes to fat loss. Chronic inflammation in the body causes excess cortisol production, which promotes fat storage. It also affects our leptin levels, the hormone we spoke about earlier that is responsible for regulating our metabolism.

What’s more, inflammation is what causes that ‘puffy’ look that makes you appear much fatter than you really are. It’s the hidden reason that so many people can’t get their abs to show through, no matter how lean they might get!

In short, the less inflammation in your body the better. And by far the best way to manage inflammation is by eating the right foods.

The most important rule for keeping inflammation at bay is to eat more omega 3, and less omega 6. This means eating plenty of oily fish, and cutting out refined vegetable and sunflower seed oils.

Refined sugar, alcohol, processed food and dairy also cause inflammation, whilst fruits and vegetables fight against it. As a general rule, the typical Mediterranean diet is a good guideline to follow when it comes to fighting inflammation.

If we told you that there were foods you could add to your diet that would literally accelerate the speed in which your body burns fat, you’d eat them, right?

Welcome ‘thermogenic’ foods. These are a group of foods that increase heat in the body, thus increasing the rate at which we convert calories into energy. Quicker calorie burn = faster fat loss = win.

The most well-known thermogenic foods are ‘warming’ spices such as chilli, ginger and black pepper. However; green tea, coconut oil, and even ice water have been shown to have a thermogenic effect on the body.

The less cortisol you have in your body, the faster you will get lean. So take steps to manage your stress wherever you can. Spend time with friends, take the dog for a walk, play with the kids, read, or do whatever else you need to do to chill out.

And, if you slip up and make a less than perfect food choice? Move on. Don’t beat yourself up about it, as it’s just going to make things much worse.

Last but not least, if you want to burn fat faster, you’ve simply got to move more. This may seem like we’re pointing out the obvious, but in a modern day world where workouts are short intervals dotted around an otherwise sedentary lifestyle, it’s something that is definitely worth highlighting.

The more you move during the day, the faster your caloric burn. It’s simple mathematics, yet something that many of us choose to ignore. So we spend most of our day sitting: in the car to work, in the office, on our lunch break, in the car home from work, at the dinner table, and then in front of the TV. If we’re lucky, we’ll break it up with a 45 minute workout somewhere in between.

For faster fat loss, we need to break this habit. Bike to work. Walk to the shops. Even invest in a standing desk. However you do it, the more movement you can incorporate into your day, the better. You’ll get leaner faster, but you’ll also be much healthier too.