The Mitsubishi Motors Badminton Horse Trials has come to an end for another year; however, we are still enjoying plenty of fabulous memories from the event. Our Fashion report from the First Horse Inspection proved hugely popular with readers as we brought you live tweets from the FROW of what has become the equestrian equivalent to a top London Fashion Week show.

As always, Badminton House provided a stunning backdrop for one of the world’s biggest outdoor sporting occasions. The event welcomed thousands of spectators and there were several days of tough competition in the Duke of Beaufort’s glorious estate, which is nestled in the Cotswolds. 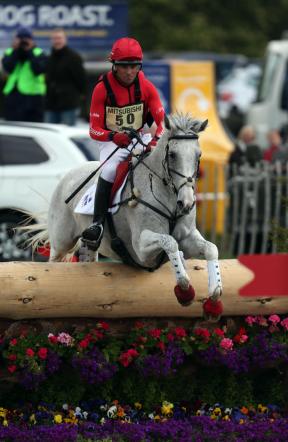 Paul Tapner was in the lead during the cross-country phase

While the riders and horses tackled the dressage, cross-country and showjumping phases with great determination, spectators cheered with endless gusto and made the most of the extensive shopping village that stocked an array of renowned country brands.

However, the biggest draw for those on the sidelines was The Outside Chance Bar. This social oasis overlooked the water jump and also offered panoramic views of the stunning estate, with Badminton House magnificently positioned in the backdrop. The destination hosted a hugely popular Pol Roger champagne bar and was buzzing with VIPs, lifelong eventing fans and newcomers to the sport. 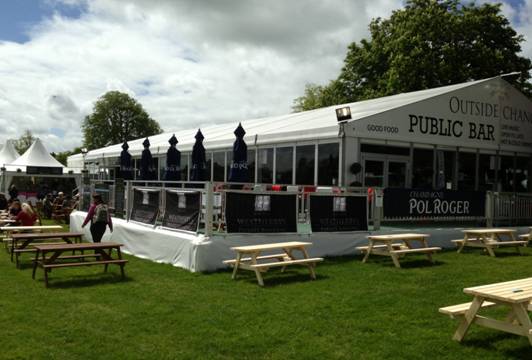 Spectators flocked to The Outside Chance Bar

Earlier in the week the venue had played host to the very popular Event Horse Owners Association dinner where competing riders and owners danced into the night. Sponsored by Weatherbys Private Bank the event also saw the launch of Pol Roger’s Vintage 2004 Blanc de Blancs.

The Sloaney team popped into the venue during Cross Country Day and saw a number of notable guests enjoying the surroundings and atmosphere. British Team member, Laura Collett looked incredibly stylish in a fur head piece and fashion designer Jade Holland Cooper, whose range Holland Cooper is stocked at Harrods, looked suitably elegant while modelling her own collection. 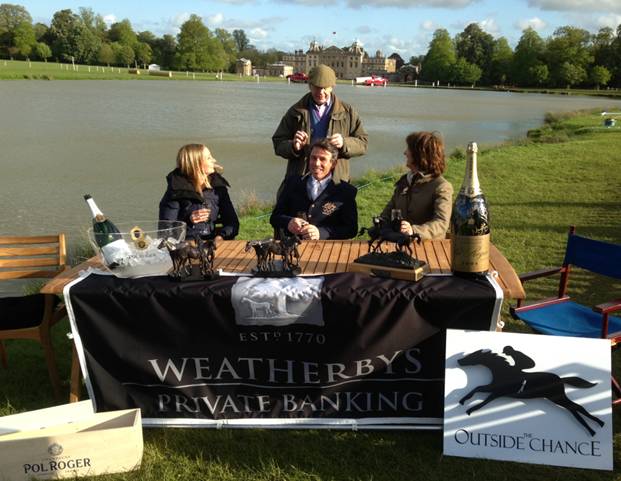 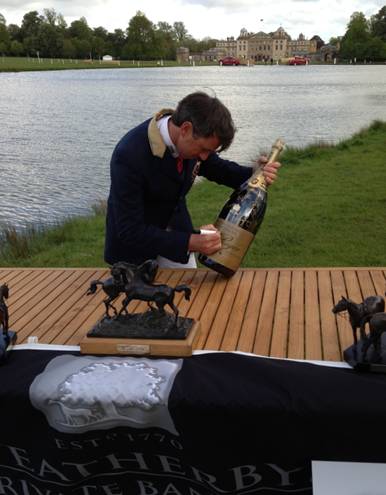 The “large magnum” (Alice Plunkett’s description), of Pol Roger was signed by many of the riders (inc Team New Zealand’s Tim Price, who lives locally to The Outside Chance pub near Marlborough) at the EHOA dinner and will be auctioned off at a later stage to help raise money for Claire Lomas 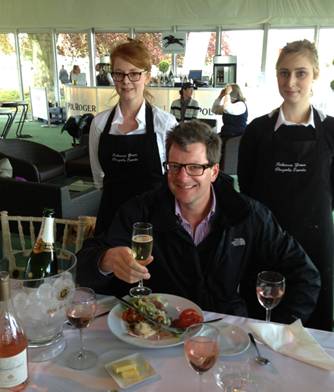 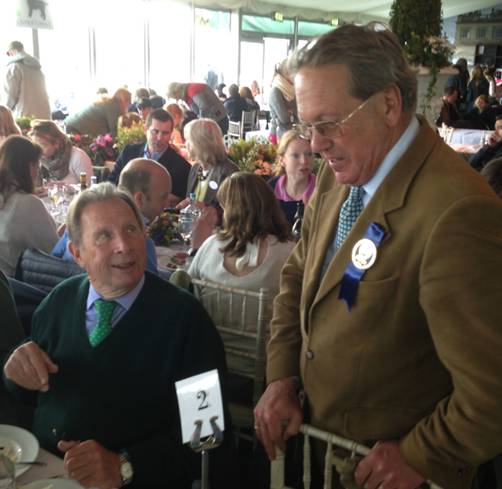 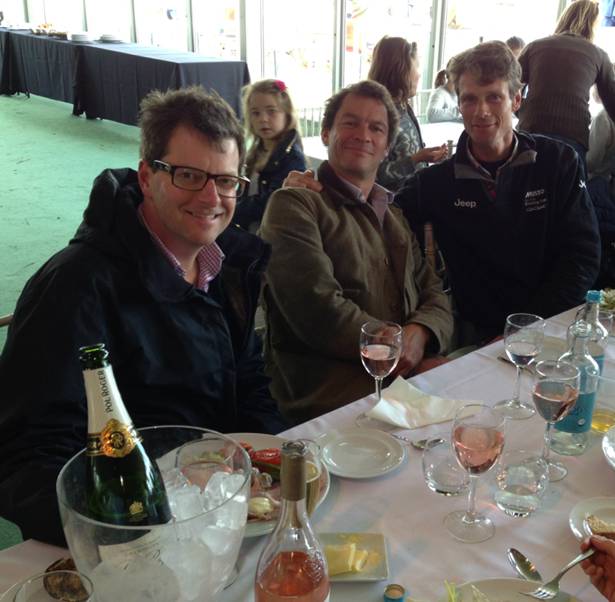 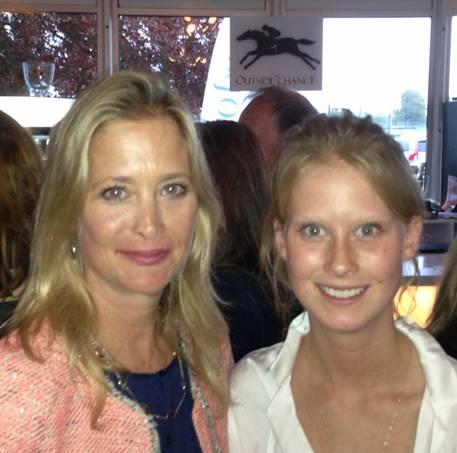 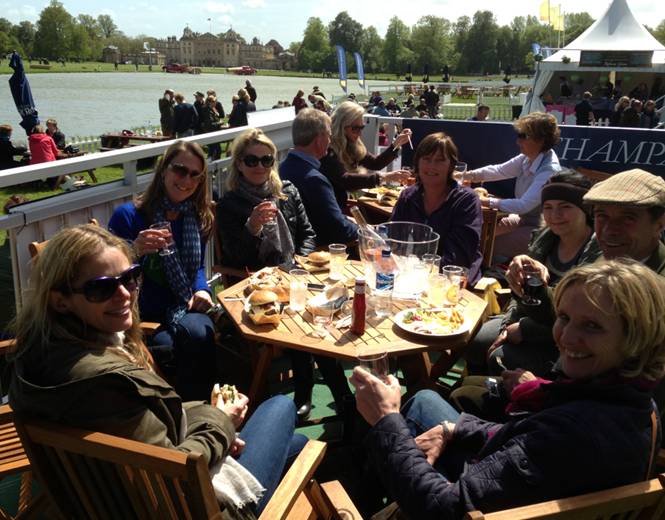 Sue Tulloch, wife of joint Outside Chance owner Freddie, enjoying a day out with friends 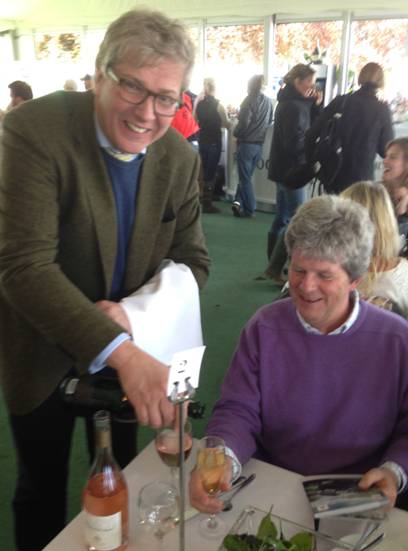 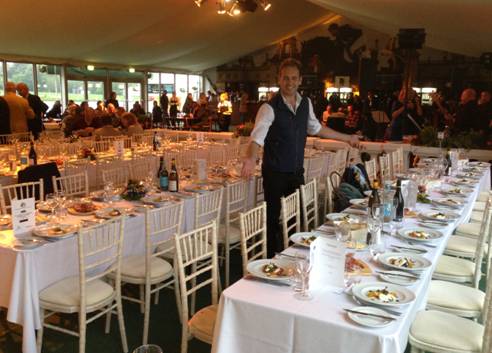 Waiter Ben Nelson, son of former racehorse trainer Charlie Nelson, putting the finishing touches to the EHOA dinner at The Outside Chance, sponsored by Weatherbys Private Banking and Pol Roger 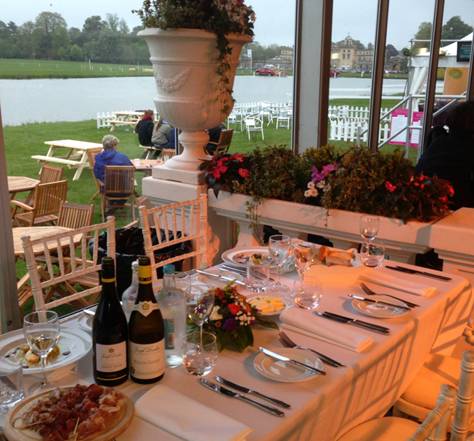 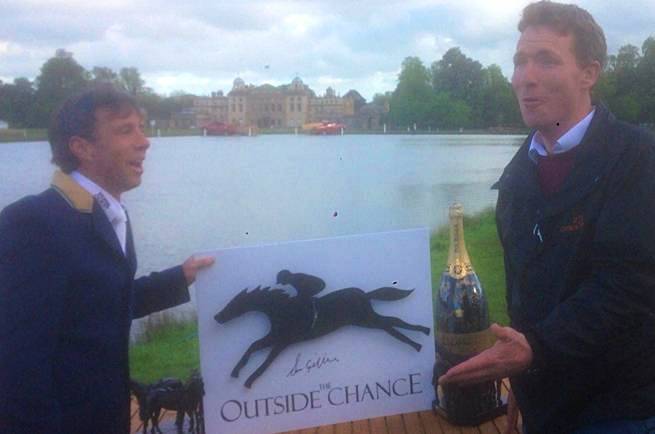 The party ran late into the night

The Outside Chance Bar will pop up next at Barbury Castle International Horse Trials from the 3rd to the 6th of July. Open to the public, the venue will provide the best views of the main arena and cross-country course with both an outdoor and indoor bar.