Royal Ascot 2018: Goffs London Sale starts the racing week in style before Harry and Meghan please crowds on day one

Royal Ascot week started with a bang thanks to the Goffs London Sale at Kensington Palace Gardens. The exclusive event welcomes some of the world’s top racehorse owners. Guests have the chance to buy a horse that has an entry at Royal Ascot 2018.

This year, Thai billionaire businessman and Leicester City Football Club owner Vichai Srivaddhanaprabha proved the centre of attention when buying five of the most expensive lots to sell. This included five potential Royal Ascot runners to add to his team of eight already earmarked for this week’s meeting. 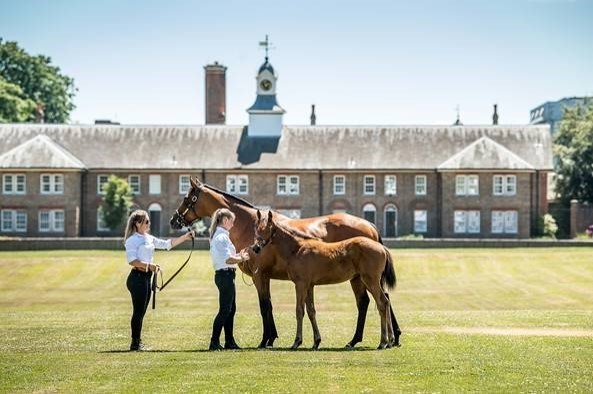 Srivaddhanaprabha, who attended the sale along with his family, was represented in the bidding by agents Alastair Donald and Ed Sackville. With 13 lots sold for a total of nearly £4million at the fifth renewal of the boutique sale, sponsored by QIPCO, the most expensive sale came when Sackville paid £720,000 for broodmare Belle Josephine and a Pivotal foal colt at foot (pictured above).

Guests watched in awe as the bidding took place in glorious sunshine. Towers of Chateau Leoube Rose were surrounded by delicious canapes from Selfridges, both served in copious amounts throughout the evening. The event has become the unofficial curtain raiser to the world-famous racing occasion. 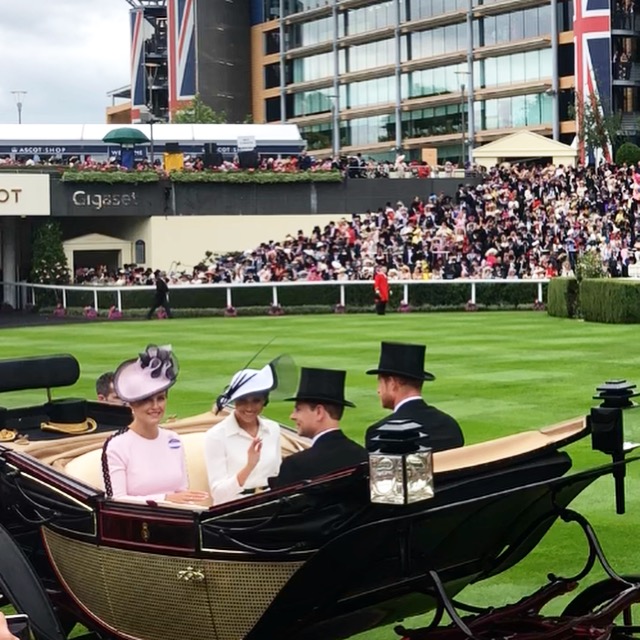 The racing festivities continued the following morning as The Sloaney team packed a picnic and ventured to the opening day of Royal Ascot 2018. While the racing is obviously the main highlight at this event, the crowds also gather in huge volumes to catch the Royal Parade.

No one was left disappointed when the Duke and Duchess of Sussex chose to join HM The Queen for the racing. Meghan wore a striking monochrome outfit; meanwhile, HM The Queen opted for a bright yellow outfit. 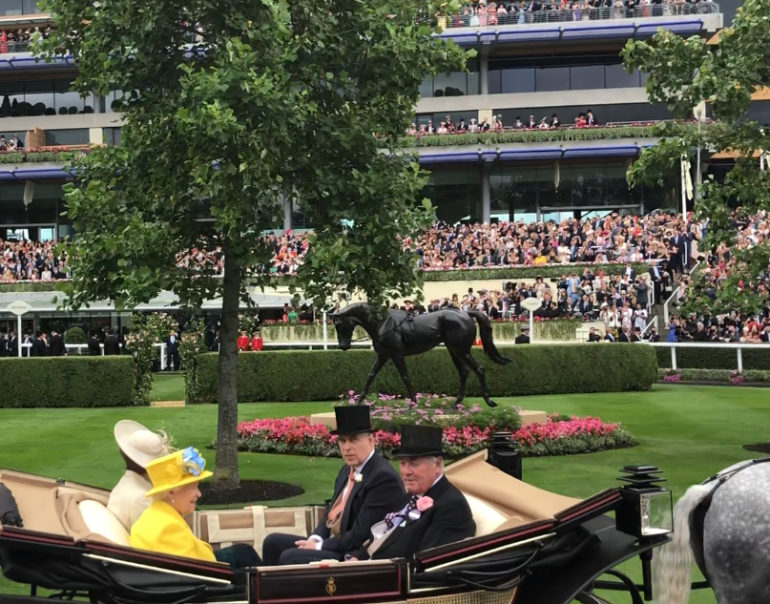 HM The Queen set the tone for the day in her vibrant outfit and lots of colour was on show. Many TV stars were spotted in the crowds as well as members of London’s high society, who mainly frequented the Royal Enclosure.

Royal Ascot 2018 continues until Saturday and you can find out more by visiting SloaneySeason.com