When it comes to my friends and family, playing for England can create somewhat of a dichotomy…

On the one hand, you want them to be proud and supportive – of course you do. But on the other hand, looking up into the stands and seeing your mates dressed in full kit while your parents wave a personalized banner in everyone’s face is not quite the manifestation of pride you were hoping for.

Don’t get me wrong, I love seeing the fans in their red and white Afros, face paint and England shirts, but the vibe at the post match dinner is a different one entirely where fanatical friends just will not do.

So throughout the years I’ve gently tried to steer my support system away from the over the top rugby swag and towards something a little more subtle…needless to say the very idea of subtle fan attire is a contradiction in itself, and I’ve repeatedly failed at such a task.

However, the relief I felt when I watched my mother replace her personalized “James Haskell” badge with a London Silver Company England pin was a long time coming.

My father received a pair of cuff links to wear to the dinners, and on the flip side my girlfriend, who cringes at the very idea of fan attire, received a silver bangle with a red rose clasp, which she now wears religiously to games. 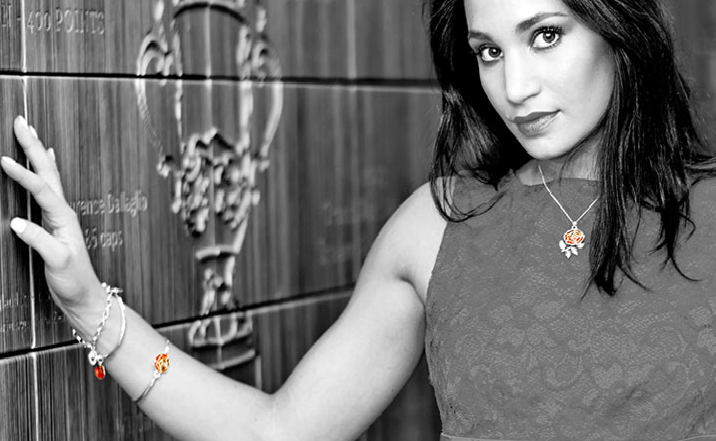 If you’re a rugby fan and you’re looking for something a little more subtle and a little more sentimental to show your support, I cannot recommend The London Silver Company’s range enough. It is the best of both worlds.

Not only are their timeless pieces of jewelry a great way to support your country, they’re also mementos that you can pass down to your children and have as a keepsake.