By Chris Pitt ¦ Campaigns Manager at Care for the Wild International

Tiger and lion cubs are gorgeous, there’s no doubt about it. It’s hard not to want to pick one up and cuddle it – and thanks to cheaper air travel and a few enterprising people, it’s easier than ever to do exactly that. Tiger ‘temples’ and ‘walking with lions’ adventures are now Bucket List favourites. Facebook photo of a lifetime? Check. 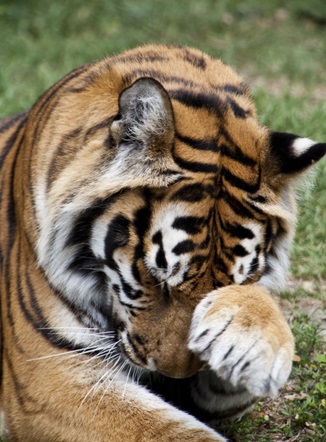 ‘The secret behind the selfies just isn’t at all palatable’

Unfortunately, while tiger ‘selfies’ might be all the rage (check out Tinder for the ‘single man with tiger’ selection), the secret behind the selfies just isn’t at all palatable.

First up are the photo-opportunities that arise in many tourist hotspots, such as Cancun, Marrakech, Phuket. A man approaches with an adorable wild animal, such as a lion or tiger cub, or a slow loris (gorgeous primates with big eyes), and in the spirit of the moment you’ve handed over a few dollars and got your picture. Unfortunately, those few seconds for you can mean a lifetime of pain and suffering for the animals. 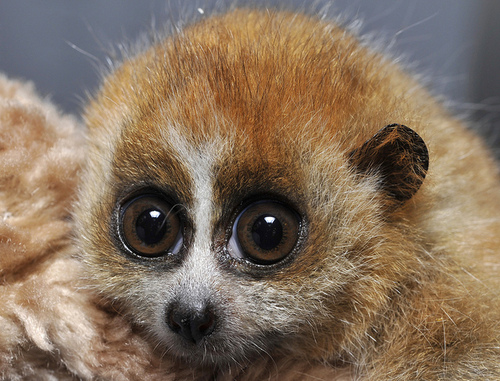 Take the slow loris. To get one baby slow loris, you must go into the jungle and take it from its family – probably killing a few of them on the way. The baby won’t come quietly either so you have to rip out its teeth and claws (they have a poisonous bite), and this is unlikely to be done with anaesthetic. If it survives the journey to the resort, it’ll be kept in less than pleasant conditions for the rest of its life, with breaks only when it is paraded around for tourists. Oh, and those big eyes are used for seeing in the dark – so neon bar lights and flash photography are going to hurt.

Avoiding these so-called ‘photo-prop’ animals is, then, something of a no-brainer. But the next step gets more complicated. Many places now offer the chance to hang out with lions and tigers, so how do you tell the good from the bad?

There has been much controversy over the Tiger Temple in Thailand, a favourite place for tourists and Tinder males alike. Care for the Wild’s 2008 report highlighted the poor conditions the animals are kept in, and nothing has really changed. There are over 100 tigers there now, the vast majority bred there (these are not rescued orphans), and none will ever be released into the wild. The Tiger Temple, and similar places, are basically petting zoos for predators. Some may say that’s fine; others will claim that keeping tigers in small cages then chained to trees so tourists can sit on them is no way to treat such a magnificent animal. 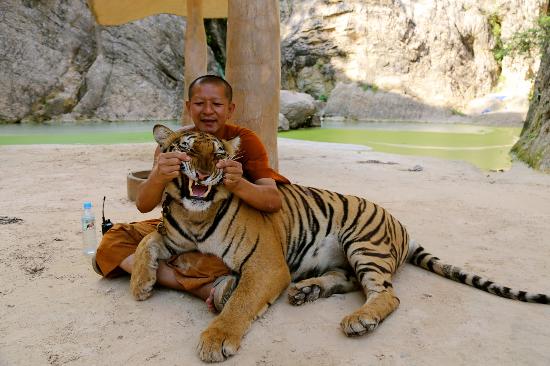 Walking with Lions in South Africa is another favourite – getting the chance to go for a stroll with a cute cub on a lead is hard to turn down. But the question to ask here is ‘what happens when the lions get bigger?’ The sad truth is that many places offering cubs will then sell them to Canned Hunting operations. What is Canned Hunting? This is hunting when the lions are half-tame, and released into a fenced enclosure – so the hunter can shoot them without any chance that they can escape.

Bottom line, if you love wild animals, then the wild is the best place to see them. Do your research first: www.RIGHT-tourism.org is a great place to start; and know that you can enjoy the world’s wildlife, without harming it.