Last night I attended the premiere of Cirque du Soleil’s new show, Quidam, which was staged at the Royal Albert Hall in London and performed in front of a sell-out crowd.

A plethora of celebrities walked the red carpet to show their support. Sir David Jason and Sir Paul Smith were joined by the likes of Olympian Beth Tweddle, TV presenter Natasha Kaplinsky and Tamara Ecclestone, who is seven months pregnant.

I was fortunate enough to attend a previous performance of Cirque du Soleil about a year ago in the same venue so I had an inkling of what was to come. The gymnastic ability of the performers never ceases to amaze and Quidam succinctly showcased a collection of spectacular individual acts as part of a magical tale.

The audience was drawn into a different world right from the start as the protagonist, a young girl called Zoe, gets bored with her parents ignoring her and playfully borrows the bowler hat from a headless man. An array of magical characters flood the stage as those watching are whisked into a dreamy realm. 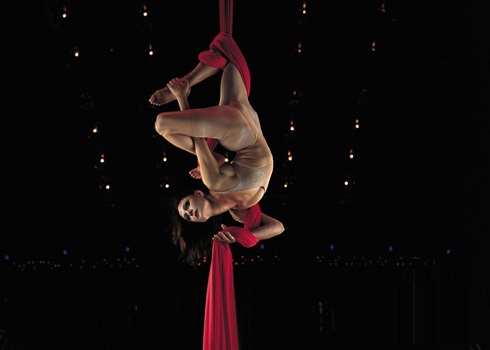 The live music accompanying the show adds a special element to the drama. Highlights among the acts include the incredible aerial contortion in silk. The artist wears a skin-tight leotard, creating the illusion of a naked body. Haunting music plays as she twists among red silk while suspended in the air.

Last year’s show was arguably more dramatic, with some extreme gymnastics performed on high rising frames, but Quidam’s wow factor stems largely from the balancing and strength performances. The human statue is jaw dropping. Performed in almost silence, two human bodies are intertwined and the move between each pose is marked with a single loud drum. 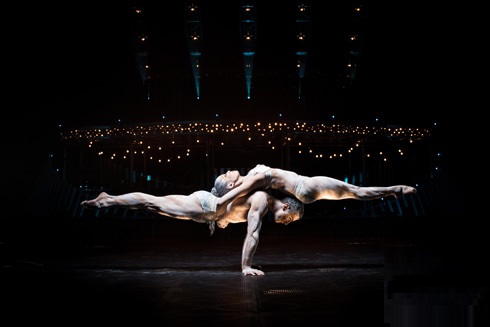 For the children in the audience, the clowns and jugglers offer fast-paced and funny entertainment. Some of the most remarkable skills are shown off during a mesmerising Diabolo act.

The best views are from the hospitality boxes or the central stalls and such seats are certainly worth their price tag. The Royal Albert Hall also has very friendly and polite staff, which add to the pleasure of the evening.

Even for those who have seen Cirque du Soleil before, Quidam boasts plenty of surprises and breathtaking acts that will impress every generation. 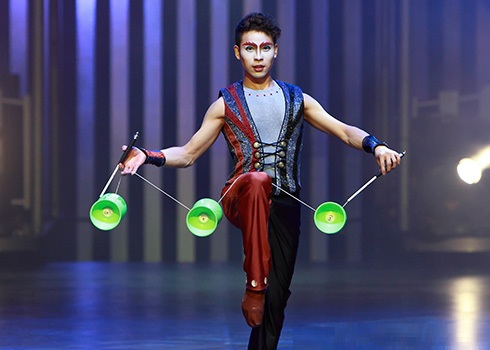