As one of my planned upcoming charity endeavours, I have agreed to support Decembeard in order to raise money to help beat bowel cancer. Decembeard beards in December are as Movember moustaches are in November. Namely it’s all about encouraging people to spout facial hair; in this case a beard in December.

Of course no doubt the smart ones amongst you will point out the obvious flaw in the plan. Namely, like a large number of my fellow England players, I already sport a luxuriant growth! So come late November I face the awful prospect of having to shave it all off, only to start growing it again the very next day. Who said rugby players weren’t clever??

Although, male readers of The Sloaney, please don’t think I am going to be doing this all by myself! I have set out six good reasons why you should all jump on 2015’s biggest hipster bandwagon and start growing a beard… 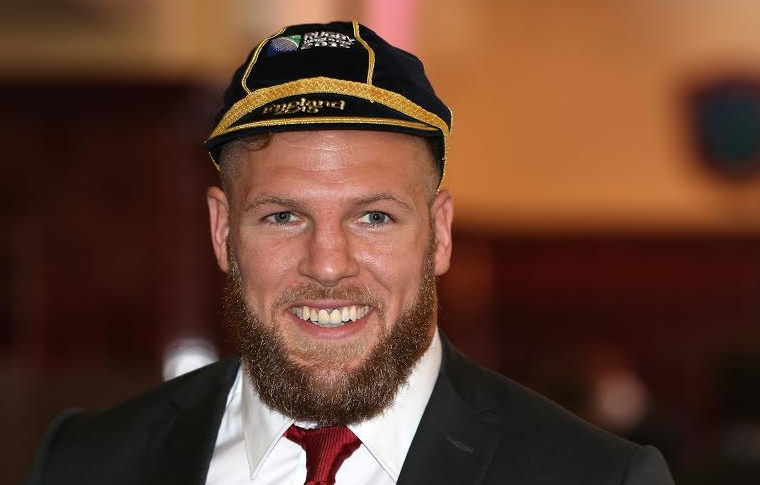 Our columnist, England rugby player, James Haskell is encouraging you to grow a beard for charity

Its official – science says that you’ll be more attractive sporting a beard. According to a study conducted by the Official Journal of the Human Behavior and Evolution Society, clean shaven men were rated as being the least attractive by the opposite sex. Interestingly, men with full beards were also voted as the most masculine, the best potential fathers, and the healthiest too!

You heard us correctly – better facial hair equals better sex, and there have been studies to prove it. According to a 1970s study published in The Dependent Gene, “The stimulus for increased beard growth is related to the resumption of sexual activity.” In theory, the more sex you have, the faster your beard grows, likely due to the increase in testosterone production that comes with more action between the sheets. And, according to a more recent study by psychologists at Northumbria University, men with beards were rated as the best lovers. Time to ditch that razor, lads…

Whilst the British weather very rarely threatens to burn your skin, if you’re planning a holiday to warmer shores any time soon, a beard can help protect you against the sun’s UV rays. With the ability to block up to 95% of the sun’s harmful rays, sporting a beard can help prevent sun-induced aging and also reduce your risk of skin cancer. When the thermostat drops, it will also keep you warmer – so it’s a win win!

Do you suffer from acne, or even just the occasional spot? Research has shown that growing a beard can provide an extra layer of protection against bacterial infections – thus reducing your likelihood of breaking out. Regular shaving can also leave you more prone to breakouts by irritating the skin and opening your pores, so let it grow naturally and enjoy showing off your clearer complexion!

If you dread your morning alarm clock, growing a beard may be your answer to a longer lie in. Now there’s no need to mess about with the razor and shaving lotion, enjoy hitting that snooze button one last time…

According to allergy and intolerance expert Dr Gill Hart, sporting a beard can help filter out dust, pollen, and other airborne bacteria that can contribute to allergies. Beards can be especially beneficial for hayfever and asthma sufferers, working to trap allergenic particles that can cause flare ups. Consider your beard your throats official bouncer, helping to keep the undesirables away from the party.

So, isn’t it about time you threw out that razor?

To find out more about how you can join in with Decembeard and help Bowel Cancer UK save lives go to: http://www.bowelcanceruk.org.uk/decembeard/

If you want to know more about Health, Nutrition and Fitness then please visit my website: www.jameshaskell.com. Please send us your questions and any comments you would like to make, via our social media channels. Twitter – @jameshaskellhf Instagram @jameshaskellhf

We do this delivering professional fitness and nutrition advice in a simple, clear and easy to understand format. In conjunction with the development of our own range of clean and certified sports supplements, this allows the individual to achieve the lifestyle balance, which is right for them.