Daniel Galvin Junior’s team of hair experts save the day

If you colour your hair, you will already know that finding the right colourist is not just essential, but also life changing. Yes, it sounds ridiculous to say that out loud, but if you put your faith in a professional colourist and they get it wrong, there really are no words to describe how bad it can make you feel.

For the past six years I have been going to one of London’s top salons and my colourist has never let me down, but in recent months I have been very disappointed with how my hair was highlighted. I’m blonde, a natural blonde, but I do need a little bit of help when I’m not in the sun, and seeing as Britain rarely sees sunny skies, I currently need a little bit of help a lot of the time. 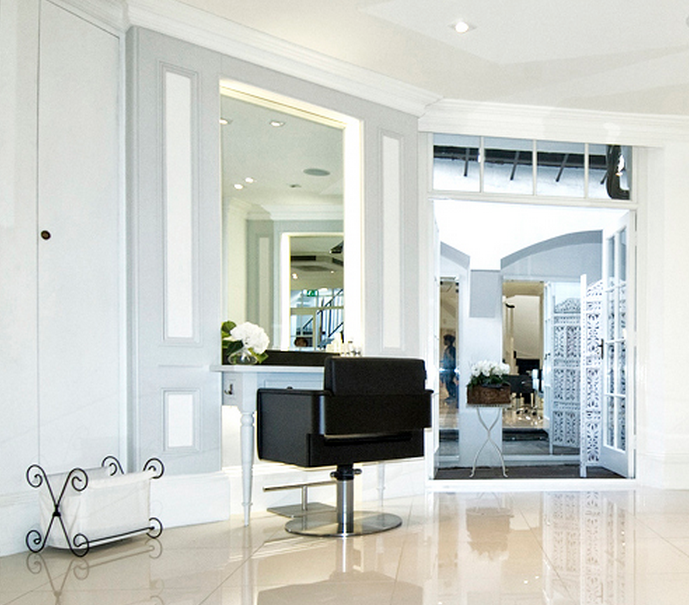 The salon is located in Belgravia

So what went so wrong when my colourist had previously always got it so right? Well, instead of having natural looking, sun kissed locks; I left the salon looking more like I just dipped my head in a bucket of bleach, not-to-mention I also had what looked like a month’s worth of re-growth. I was left feeling emotional, devastated, horribly self-conscious and quite frankly furious. I did return to the salon, in an attempt to restore my faith in my colourist, only to walk out worse off. There was no way I was going to return to see if the third time really could be a charm, so instead I contacted Daniel Galvin Junior on West Halkin Street, Belgravia. Seeing as this is one of my favourite areas in London, I’d had my eye on the salon for a while.

There were a few reasons I decided on Daniel Galvin Jr for my colour correction. For one, Daniel is one of the world’s most sought after colourists. He single handedly picked and trained his master colourists and styling experts. The salon is also the first in the UK to have a carbon neutral footprint, using organic products, recycling foils and B and D electricity throughout. The reviews I had read sung the salons praises and it always helps when well-known celebs, such as Millie Machintosh and Kelly Brook who both have beautiful hair, go there for their colour fix.

With my miserable hair tied up in an unsightly bun, I arrived at the stunning Grade II listed building. Stepping inside the salon, I instantly liked the fresh, opulent surroundings. Daniel, who designed the interior with his wife Suzanna, describes the character of the salon as: “The design is boutique, the service is unique”. 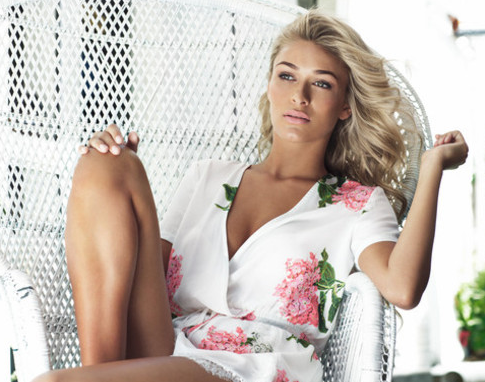 Whether or not you need a colour correction, spring is the perfect time to refresh your highlights for the brighter months ahead

Olyvia Abizadeh, the colourist who had the unsightly task of fixing my bleach blonde do, greeted me and sat me down at her station. I talked her through my dreadful experience and said I’d like to look more like Blake Lively than Marlin Monroe gone wrong. During our conversation, Daniel also came over to introduce himself and take a look at my hair. He seemed rather shocked at what the last colourist had done, but seeing fear on my face he quickly assured me that Olyvia would get it right.

Considering I had quite a lot of bleach in my hair there was only one option; go darker, quite a bit darker. Olyvia’s plan was to put light, golden browns through my hair, but leave the front nice a bright. The thought alone gave me palpitations, but I needed to make a change – that was why I was there – so I sat back and let her get to work.

An hour later I was put in the capable hands of Senior Stylist, Jenifer Manzi, who blow-dried my hair to perfection. As for the colour, well, it looked completely natural. Just as Olyvia had described it was bright at the front with golden tones running through the back. Yes, it was a little darker than I was used to, but both Olyvia and Daniel explained that it would take time before I reached the perfect colour.

My confidence was restored and I left the salon feeling euphoric.

To book an appointment at Daniel Galvin Jr call +44 (0) 2034 163 116 or for more information email info@danielgalvinjrltd.co.uk