Although Thailand, Vietnam, Cambodia and even Laos are now fairly commonplace holiday destinations, Myanmar is not often on the radar as an Asian holiday location for the British, unlike the French, Thai and Chinese. The reason for this may be historical or political but, after a recent visit, I believe that now is the perfect time to visit this beautiful country. 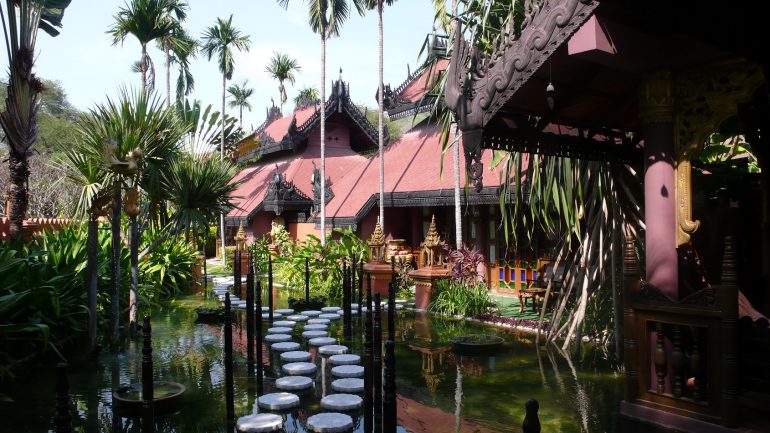 Why? Firstly, it is clean and safe, with none of the locations you are likely to visit within the malaria belt. Secondly, political tensions have eased significantly following the election of Aung San Suu Kyi as State Councillor, Senator and Foreign Minister in 2015, so that the young now speak freely and optimistically of the future, and tourism is encouraged. To that end 3 monthly visas are available on line, and immigration has a light touch.

At present the high end hotels are largely run by local businessmen and have great charm, unlike those that are likely to be developed in the future by international hotel chains. Most important of all, the people are very friendly, helpful and anxious that you should have a good time. About 90% are Buddhists, and their spirituality, expressed in awe-inspiring Pagodas, is fundamental to their open and welcoming personalities. Although some live very modestly, no one is starving and you will not be pestered by beggars 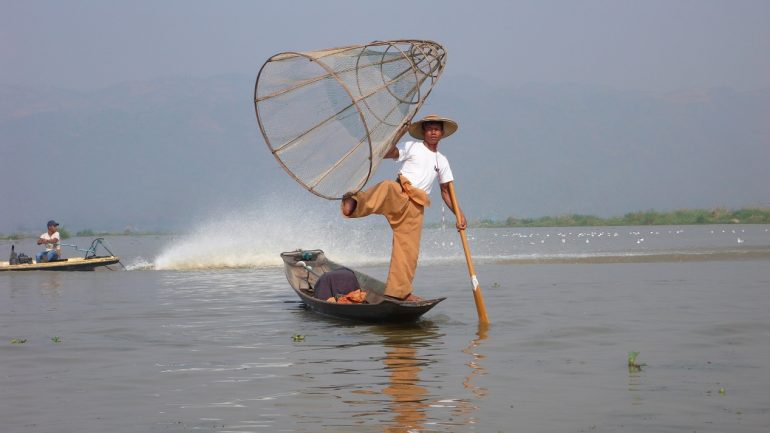 A fisherman at InLe Lake

Myanmar is not a place for adventure activities but is the ideal destination for meditation and spiritual awareness. Stays in a monastery under the tutelage of an English speaking monk can be arranged at through the Sitagu Sayadaw Buddhist University, Sagaing, Mandalay.

However, for the non-spiritual, Myanmar still has much to offer for those who seeking a special location, where you can appreciate artistic richness, including exquisite laquerwork, intricate carving of teak, the spinning of strands from the stem of lotus flowers, and the beating on gold ingots into leaf with which to decorate the Pagodas. There are 150 species of birds to look out for. You will see fishermen using conical nets whilst guiding their boats with one leg wrapped around an oar. There are vibrant markets to be visited, and the food is varied and delicious. The ideal time to visit is from October, when the rainy season has just ended and everything is very green, to February, with the rainy season recommencing in April/May. 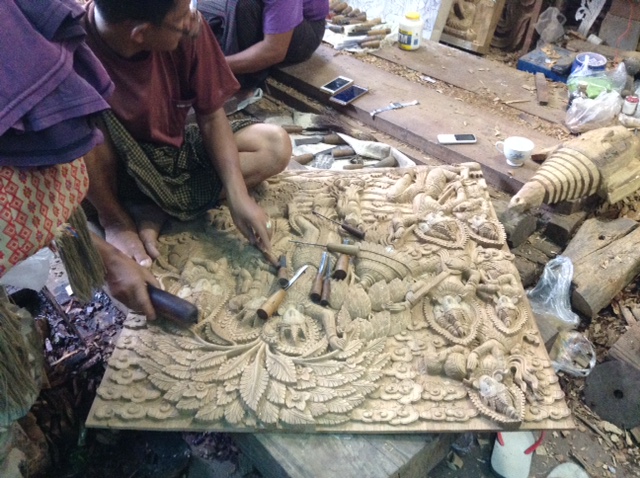 A specialist travel company will arrange internal flights and local guides and drivers, but it may be helpful if I recommend an itinerary and hotels, so that you, and not they, are in control of where you go, where you stay and what you see, on what I suggest should be not less than a 10 day trip. This inevitably includes a number of Pagodas, because they are still so central to the life here, but careful selection of the ones that you should visit, avoids being overwhelmed. 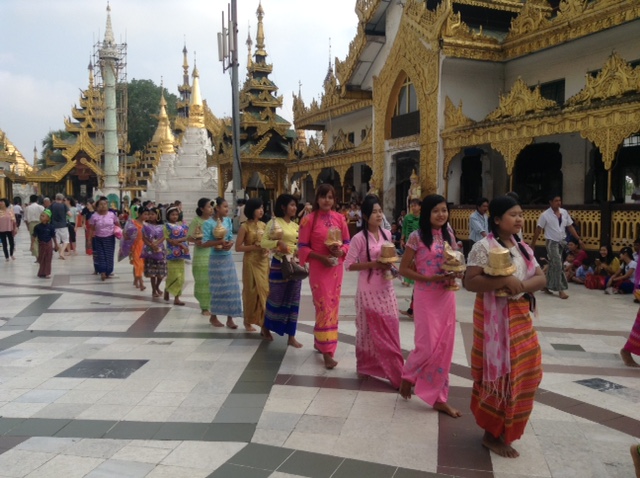 You will almost certainly fly in to and out of Yangon (Rangoon), where you should visit the Colonial quarter, Scott’s Market and have tea at the Strand Hotel. Save, however, visiting the mind-blowing Shwedagon Pagoda until your return.

Then fly to Bagan, where the Burmese nation was founded in the 11th Century and lasted until the 13th Century, when it was defeated by Kubla Khan. The great wealth that resulted from the cultivation of rice was converted into literally hundreds of Pagodas, which can be viewed from a hot-air balloon. You should first visit the National Archaeological Museum. Then there are two Pagodas that must be visited. Families bring their sons to the magnificent Schwezigon Pagoda prior to spending some time living in a monastery as a novitiate monk, as all male Buddhists must do once during their lifetime. The whitewashed Ananda Temple is an architectural masterpiece with much Indian influence, so the Indian Government has contributed $30 million to its restoration. It contains four 9.5 metres high Buddhas. Old Bagan is the centre for laquerware artefacts. There is also an opportunity to visit a local village, and stay in a bamboo house (complete with air-con and en-suite bathroom). 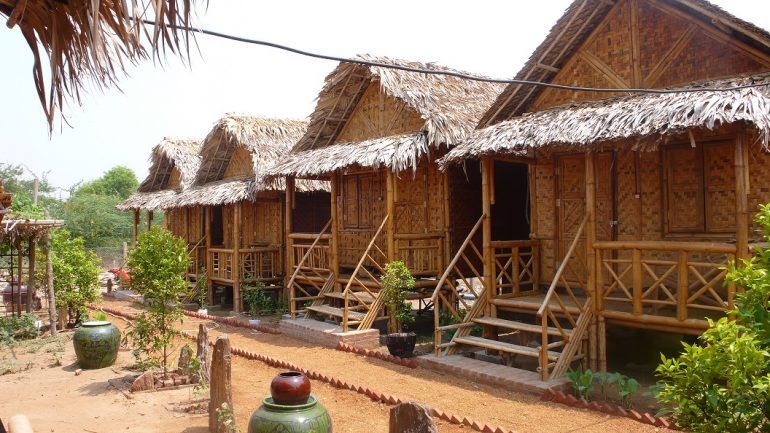 From Bagan you should board one of the fine teak boats that will travel up the Irrawaddy for 2 days to Mandalay (it is also possible to privately hire 5 cabin boats). The Irrawaddy is a vast working river and there is always something to see, with people living in villages along its banks.

In Mandalay the Pagodas are 15th /16th C. The Mahumuni Pagoda is home to one of the most revered Buddha images, and so covered in gold leaf that it is now lumpy in texture. What is described as the world’s largest book, comprising 729 alabaster slabs, each inscribed with two pages of Buddha’s teachings, is found at the Kuthodaw Pagoda.

Then fly on to Heho to visit the wonderful In Le Lake, 25% of which is covered with strips of floating gardens, tended from narrow boats, in which are grown tomatoes and cucumbers. The Lake is shallow and you go every where in boats one seat wide, powered by outboards that send up spray. Villages in the Lake are built on stilts, as are the local restaurants. Even if by this time you are feeling templed out, you must visit the Shwe Inthein complex with its 1,054 slender spired stupas. The site is reached via a long covered stairway, which is an excellent place to buy souvenirs. 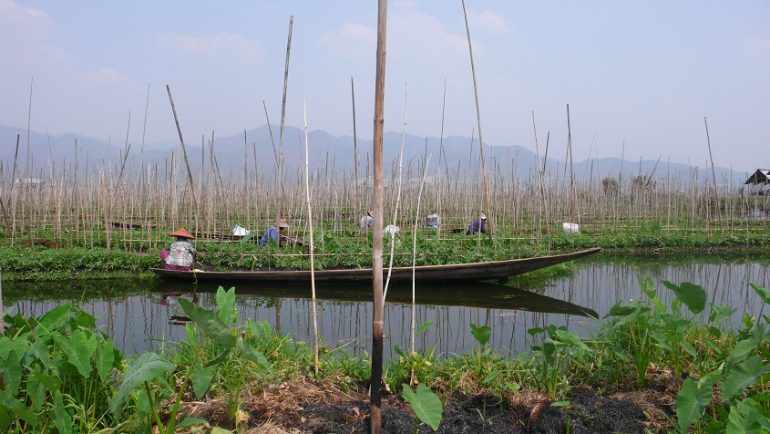 On you return to Yangon leave yourself plenty of time for a visit to the Shwedagon Pagoda, located on a 14 acre site, with its Pagoda rising to 99 metres, entirely covered in gold leaf, and topped by a 76 carat diamond. No site is more revered or more visited. It dominates Yangon’s skyline and is illuminated at night. 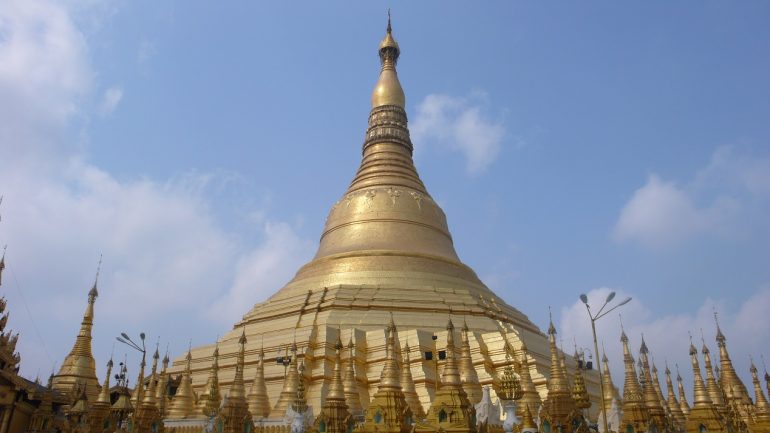 The hotels that I have visited, all of which have swimming pools and spas, which I recommend are:

Yangon: The Governor’ Residence, formerly built for the State Governor. Part of the Belmond Group. Small, with only 49 rooms (and 150 staff) and beautifully appointed, with a pool that looks like a lake. A true oasis within a busy city. There are 14 Governor’s rooms, with no. 112 overlooking the pool. The De Lux garden rooms are also charming and have baths instead of walk in showers. (Soe Myint, Rooms Division Manager. +95 1 229 860. soe.myint@belmond.com). Take the opportunity to visit the Padonmar Restaurant, which is a five minute walk from the hotel (+95 (1) 538895). 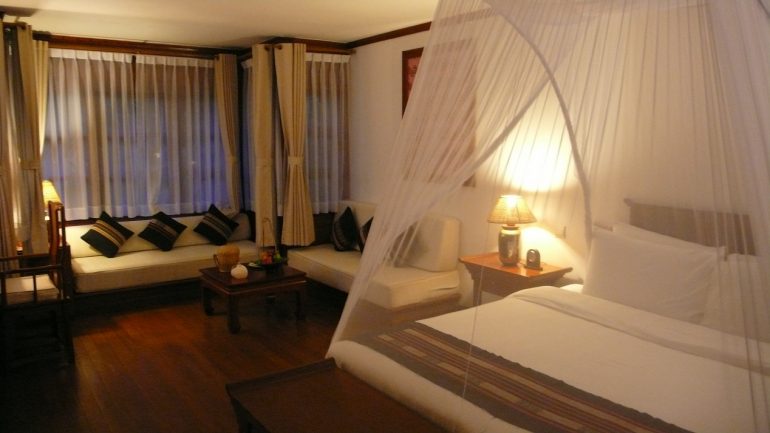 Old Bagan: The Aye Yar River View Resort has a lovely riverside location, complete with its own Pagoda, from which you can watch the sun setting over the Irrawaddy and the local children playing by the river’s edge. The De Lux, Grand De Lux first floor rooms and suite rooms, not too near the river which can be noisy in the mornings, are the one’s to go for. (+9561-60352. ayerarhotel@myanmar.co.mm). Village accommodation is available at the Bamboo House in Thu Htay Kan Village (+09-445330724. bamboohousebagan@gmial.com).

Cruiser: Rv Paukan. Beautifully constructed from teak, but with high tech. engines. 32 cabins, a lounge, dining room, bar and large sitting out area. Ask for a double cabin on the upper deck (+95-1-380877. info@ayravatacruises.com). 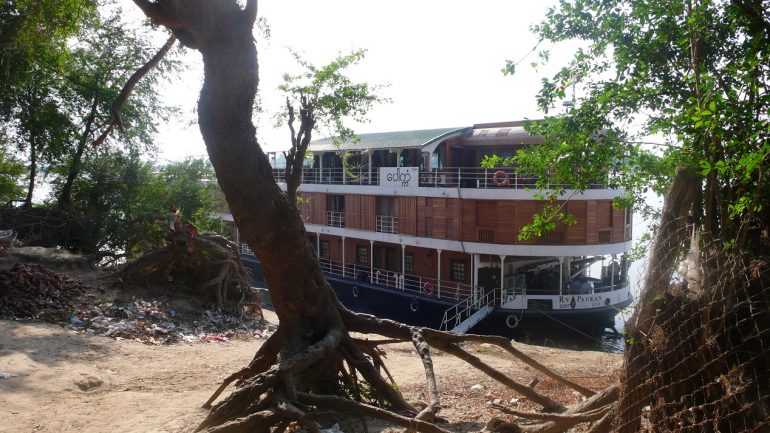 Mandalay: Mandalay Hill Resort Hotel. Insist on an executive suite on the 8th floor overlooking the Mandalay Hills. If you are two couples, the Presidential suite, which has two bedrooms connected by a sitting room, is superb. The Spa Villa is ideal for honeymooners. The Spa itself is first class. (Richard Mayhew, General Manager: +95 (0) 2 35639. mayhewit@gmail.com) 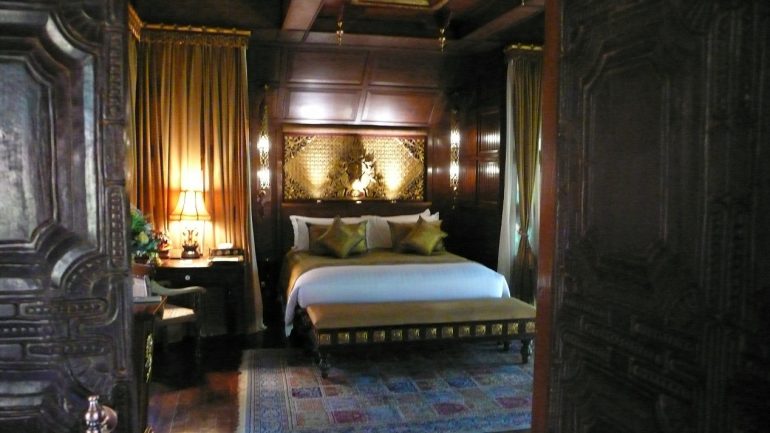 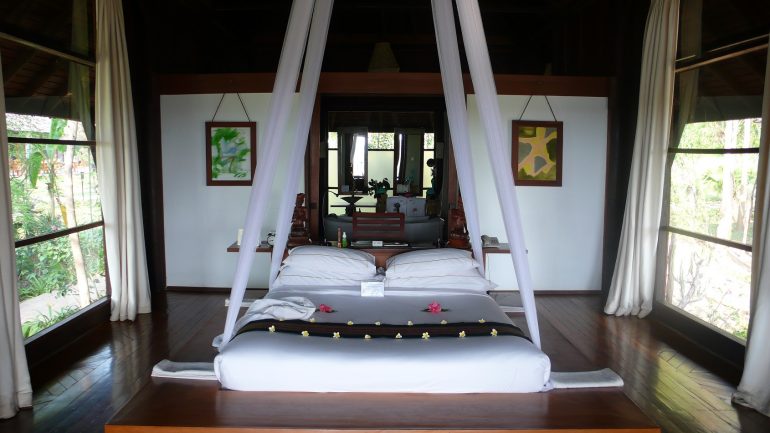