JAMES HASKELL gave one of the top performances of his 70 cap international career as England led their first ever Test at Brisbane.

James Haskell is full of praise for Eddie Jones after the excellent win in Australia, “Eddie treats the boys very fairly and understands that in professional sport you have to talk to people in different ways.” Haskell also said that Jones  knows how to make him perform well as a player, “He knows how to talk to me to get the best out of me. He’s empowered me and now I have a role in the team. He knows how to get the best out of people and knows that some people need the carrot and others the stick. I’m more of a carrot man.” 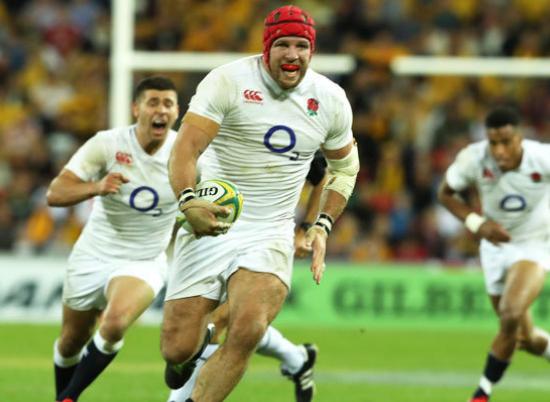 England have already made history and will record another historic victory if they win in Melbourne. Haskell doesn’t think it will be easy, “We made history because we’ve never won here (in Brisbane). We were being heckled from the moment we got here which is always quite fun. You know when you’re in Australia because you get a lot of banter.”

However, when the team step onto the pitch, the focus is purely on winning; “It was important to get the victory and continue the good work we did in the Six Nations. It was important that we can prove we can live with these teams, but next weekend is another test. They will regroup after this and the second Test will be another massive physical challenge and big occasion.”

James Haskell is a columnist for The Sloaney and you can read his features here.

Read more of our coverage from the test series here.