Not since London Fashion Week will you have seen as much head turning, but in the heart of Ireland in County Kildare, it’s the horses that have been getting all the attention.  This year’s annual Goffs Orby Sale presented over 400 of the best thoroughbred yearlings to elite buyers from every corner of the world. After a reception at the K-Club, I visited the sales to catch up with some of the trainers, breeders and buyers.

“Goffs is the spiritual home of the Thoroughbred” Henry Beeby, Chief Exxcutive of Goffs, told us on the blustery first day as we watched the crème de la crème of young Irish Thoroughbreds wait impatiently to enter the impressive auction ring. “Also, it’s the people that makes Goffs special…that Irish hospitality” Beeby added. There certainly was an excited buzz of anticipation in the air as everyone prepared for the first lots. 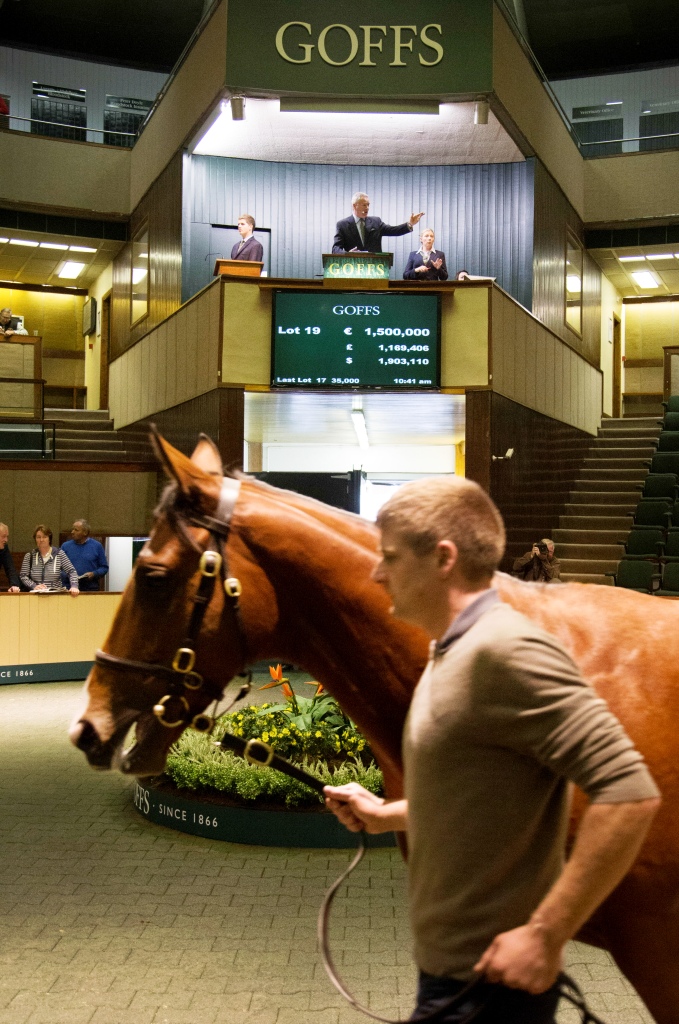 The name Goffs has been synonymous with Irish bloodstock sales for nearly 150 years. The sale started its days with just a makeshift ring and basic facilities in 1866, but thanks to the demand for Irish horses, Goffs quickly progressed to global acclaim, gaining recognition for fetching the best prices for superb Irish horses. Goffs has sold remarkable racehorses such as Arkle, Golden Miller, Hatton’s Grace and of course the illustrious triple Grand National winner Red Rum. Today success continues to grow, last year Australian owner-breeder Paul Makin chose Goffs to sell 24 blue-blooded lots. The highlight being Chicquita, an Irish Oaks winner who sold for an incredible €6 million, smashing the Irish auction record and setting a new European record!

This year the sale kicked off bright and early and certainly on the right foot with Redmondstown Stud’s much-admired Galileo selling at a staggering €1,500,000. A stunning horse with miles of potential that was a pleasure to watch in action. Equally thrilling was the masterful auctioneering by Goffs’ Beeby, pushing sales into the heady seven figures and leaving the audience keen for the day ahead. 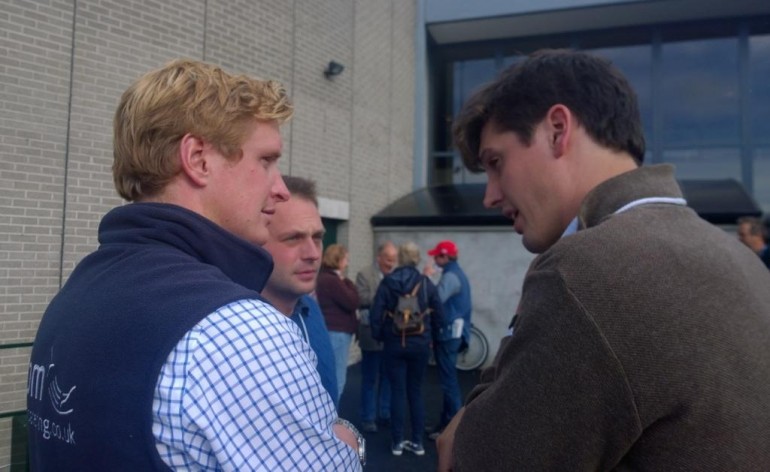 An impressive list of UK owners, buyers and trainers were in attendance at Goffs for the Orby Sale; from the Queen’s bloodstock and racing advisor, John Warren and son Jake, Sheik Fahad’s agent David Redvers, trainer Hon. Hugo Palmer, Michael Owen’s trainer, Tom Dascombe and agent Ed Sackville. The experience is made perfect by that cordiality, friendliness and spirit that is unique to Ireland. “It’s the aura of horsemanship at Goffs” says Ted Voute, one of the UKs top vendors based in Warwickshire, “That makes you want to be part of it. The warm team at Goffs work incredibly hard to secure some of the best horses in the world, and their hospitality is second to none, making it the perfect venue for me to sell my beautiful colt. I look forward to their future sales.”

Irish racing is currently at an all-time high. Keen race-goers will know that thoroughbreds from Irish extraction experience staggering levels of success and so are in demand by racings big names. This success is largely due to the uniqueness, that hard to define but tangible quality of the Irish horse, bred with a lifetime of dedication and experience from breeders throughout the country.  “The horses are best showcased on home turf.” Henry Beeby explained, “Our British and International buyers have come to recognise that Goffs Orby is a sale that deserves its place at the top table and that the yearlings we present are the measure of any that are catalogued anywhere else in the world.” This was certainly proven to be true by the excellent prices raised during the sale, totalling in an 11% increase from last year. 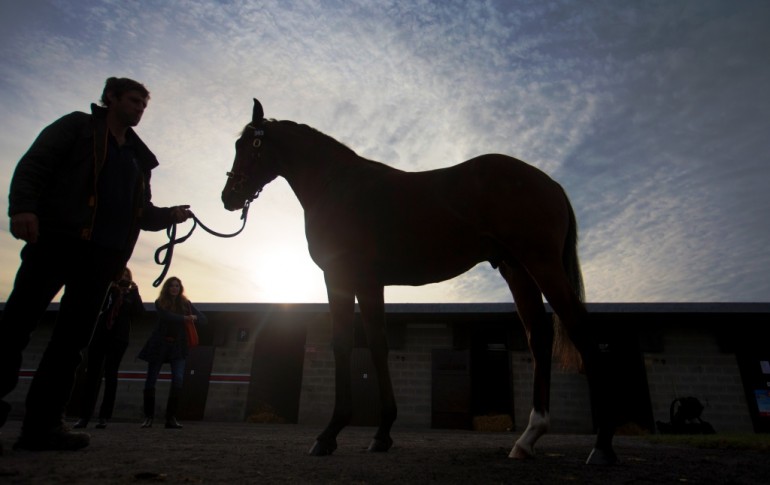 After a lively lunch at the Jaguar Pavillion with trainers Karl Burke, Tom Dascombe and Ed Sackville it was back out to view more horses. Accompanied by North Yorkshire based Karl, of Spigot Lodge, The Sloaney was given some exclusive tips. When looking at a horse, check its tracking- ideally the hind foot steps into the hoof print that has just been made by the fore foot on the same side. That indicates a strong gait. If the horse’s front hooves overlap slightly across the front this isn’t a great sign, pointed out Karl. Equine vet Matthew O’Donnell also ran through the technicalities of the all-important pre-bid health check. The success of a good horse definitely lies in the team behind it.

For those without a spare few million, the alternative lies with a racing syndicate. Putting any Jilly Cooper-esque ideas aside, The Sloaney caught up with Luke Lillingston and Sam Hoskins of the Hot to Trot and Kennet Valley Racing Clubs, both who attend the Goffs sales regularly. The goal of the racing club is “to share the passion and excitement of horse racing, the magnificent Sport of Kings, which giving the opportunity to participate in racing but without the high overheads”, according to Luke who is the owner of Mount Coote Stud. Luke’s late father, Alan Lillingston, was one of the racings most iconic figures.

The next Goffs sale will commence in Novemeber at the Kildare offices. Also, following on from this year’s triumphant London Sale, held at Kensington Palace, Goffs plan to host another pre-Royal Ascot sale next year.