The lowdown on the new Annabel’s

After more than 50 years at the heart of London’s nightlife, during which Hollywood stars and royalty alike have descended under the striped canopy on Berkeley Square, Annabel’s is preparing to open the doors to its much-anticipated new home just two doors down from the original Club.

Over the past five decades, Annabel’s has become known as one of the most elegant and private Clubs in the world. Over the years the Club has welcomed Members and their guests including royalty, recording stars such as Frank Sinatra, The Rolling Stones and The Beatles and Hollywood greats including Jack Nicholson, Elizabeth Taylor and Leonardo DiCaprio, to name just a few.

Now, change is in the air as the famous Club is revamped for future generations. 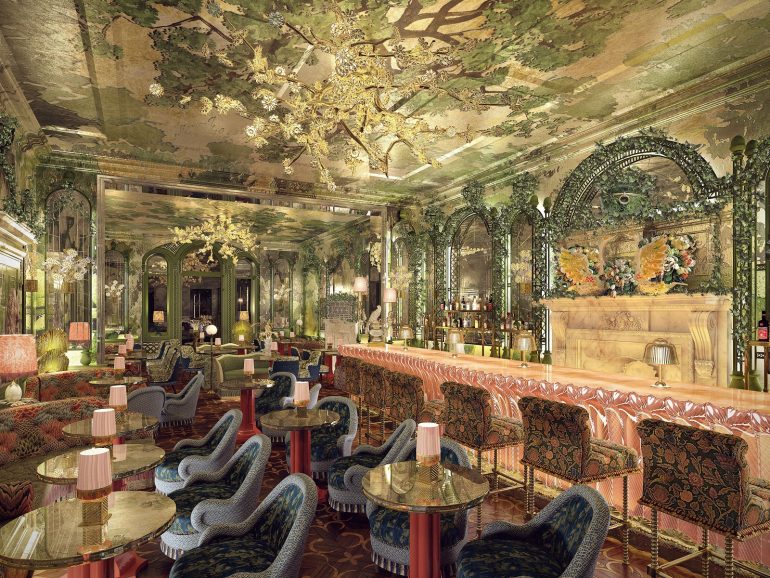 What is the new version of Annabel’s?

Annabel’s will be reimagined in an 18th Century, Grade One listed Georgian Townhouse at 46 Berkeley Square. At 26,000 square feet the new venue will comprise considerably more space than the original Club. For the first time, Annabel’s will offer an all day and all night experience, with new and additional floors for Members to work, dine and entertain their guests.

How can you become a member?

It will continue to welcome illustrious Members, drawing upon the next generation, affirming Annabel’s legacy as the most exclusive private Members’ Club in the world. Membership for the new Club is by invitation only and the waiting list is open. New candidates for membership will require a proposer and seconder and election will be strictly by Committee. Existing Annabel’s members will not require a proposer or seconder but election will remain subject to strict Committee approval. Of the thousands who have already registered interest in Membership, the First 100 were sent out earlier this year and accepted. 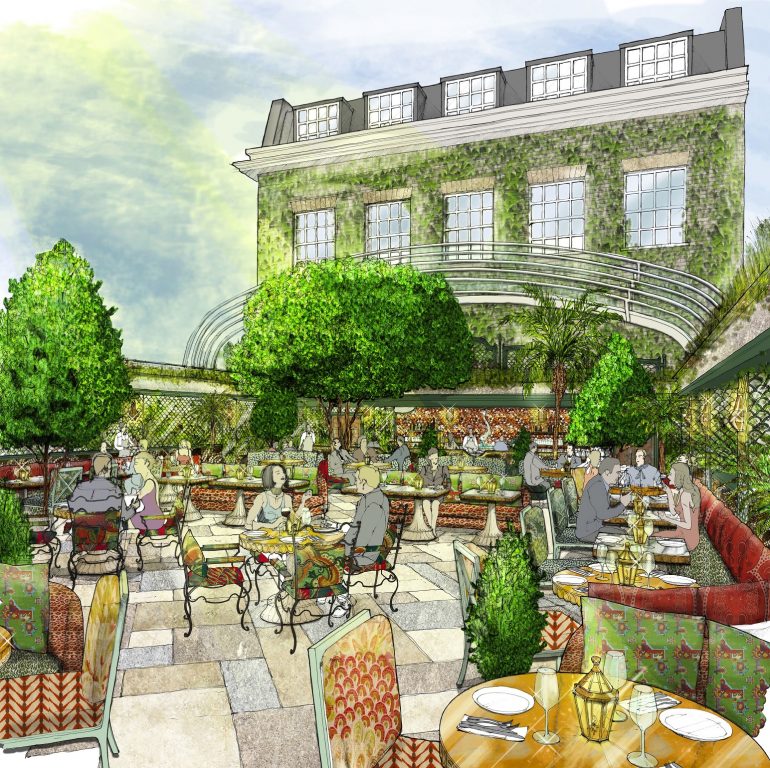 A sketch of the terrace

What can members expect?

Annabel’s at 46 Berkeley Square will offer Members the intimate nightclub environment they have always enjoyed, along with new spaces and Member services to cater to their needs. The Club will include restaurants, bars, private dining rooms and a cigar salon, spread across four spacious floors. The nightclub will be located in the basement of the townhouse and will pay homage to the decadent essence and abundant energy of the original Annabel’s. Outside on the terrace, an enchanting restaurant garden will offer year-round dining. The garden leads to a health and wellbeing spa, which will be discreetly housed in the refurbished mews house with its own separate entrance.

Martin Brudnizki Design Studio (interior designer of The Ivy, Sexy Fish, 34 Mayfair) will oversee the design of Annabel’s at 46 Berkeley Square, retaining the period features of the listed building. The team will be painstakingly restoring original features including a grand cantilevered stone staircase, elaborate plaster ceilings and majestic fireplaces of the Rococo style.

Art and culture has always been an integral part of the spirit of Annabel’s and this approach will be continued in the new Club. Richard Caring has invited a team of world leaders in art, design, fashion and music to collaborate as a cultural council to ensure the Club is at the vanguard of creativity.

The senior operations team has also been personally recruited by Richard Caring, to ensure the Club’s team is the best in London. Guillaume Glipa has joined as Executive Director of The Birley Clubs (formerly of Chiltern Firehouse) and is working alongside Graziano Arricale as Operations Director, Rebecca Burdess (formerly of Fortnum & Mason) as Membership Director and Astrid Harbord (formerly of Bulgari Hotel) as the Membership Manager.

The full address is Annabel’s, 46 Berkeley Square, London W1J 5AT. For all Membership enquiries, email membership@annabels.co.uk or call 020 3879 9146