Scottish pop up Dram and Smoke is back in town!

Slick Scottish pop up Dram and Smoke is back with a new spring menu and a new home in a former  sofa factory in Hackney Wick overlooking the Olympic Stadium. Having experienced their first foray in to the London restaurant scene last summer, they had a lot to live up to but they did not disappoint. 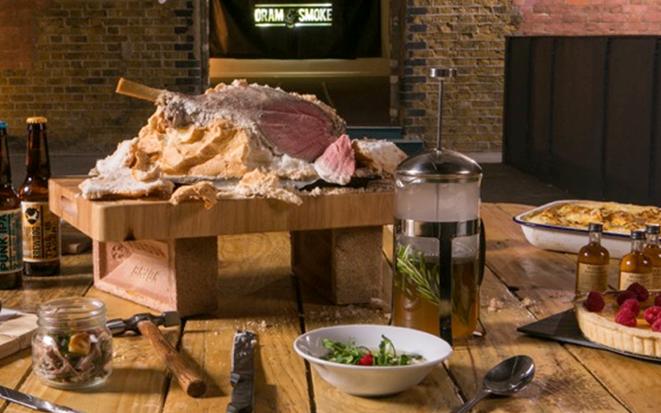 The boys have upped their game with a lot more attention to detail, including table tennis, beer pong and table football available for guests to enjoy while sampling their signature whisky cocktails. The menu was very well thought out, uniting traditional Scottish dishes with modern ideas and the signature Dram and Smoke flair. Diners can enjoy Cullen Skink Mousse, Smokin’ Onion Broth and my particular favourite Potted Duck with Tattie Scone and Marmalade.

The main event of Salt Baked Lamb Shoulder proved quite a spectacle with a hammer provided to smash open the salt crust and reveal the meat inside. The 5 course menu was rounded off perfectly with a lemon hot toddy tart with raspberry sauce, the perfect combination of sweet and sharp with a whisky kick. 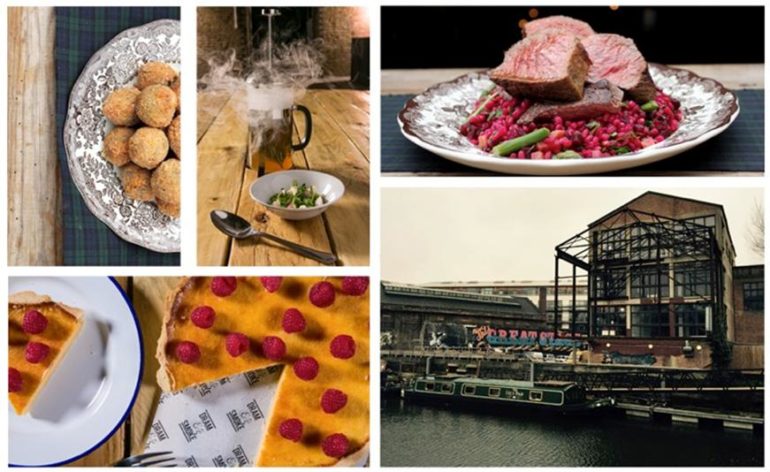 Dram and Smoke’s spring project is only sticking around until 16th May so you better snap up some tickets quick! And keep an eye out for their next project, I have no doubt it will be well worth a visit.

Find out more at dramandsmoke.com