Despite being based in Mayfair for the last four years and passing the venue at least once a week, I had never dined at Hakkasan until last night. I had, however, heard numerous rave reviews from all who have visited this famous London restaurant.

For some reason, I always imagined a dramatic staircase was situated behind the discreet entrance and that this would take you up a floor to dinner. Instead, when you arrive, the doorman whisks you through a softly lit corridor which leads to a sophisticated bar on the left and then stairs that take you down to a basement restaurant. 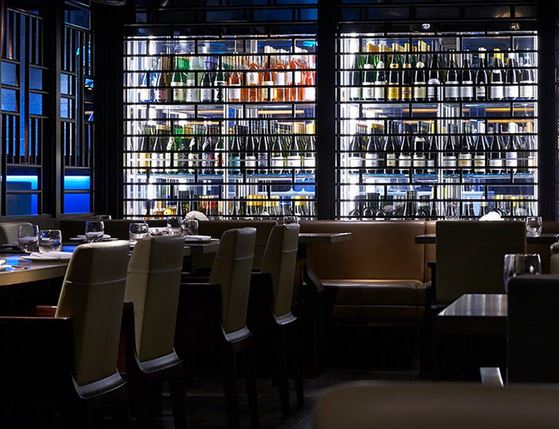 The crowd is international and incredibly sophisticated. Many of the women have model features and the men are impeccably dressed. It is little wonder that A-listers feel at home inside Hakkasan’s Mayfair venue. The décor is suitably oriental and the layout allows for privacy but also maintains a bustling atmosphere. Even on a Monday, no table was left unseated and the crowd were busy enjoying the diverse cocktail menu.

Hakkasan is currently honouring the Chinese New Year with a special menu and I must emphasise the need to arrive with an almost empty stomach. The dishes are exquisite and there is a plethora of food served for each course.

I began with a cocktail that has been created especially for the Chinese New Year, which proved an apt start for marking such an occasion. Hakkasan is not your traditional Chinese restaurant and its huge success is partly down to the modern approach taken to traditional Cantonese cuisine. The current limited edition menu has been created by Michelin-starred Executive Head Chef Tong Chee Hwee and gives you the chance to try many of the acclaimed signature dishes. 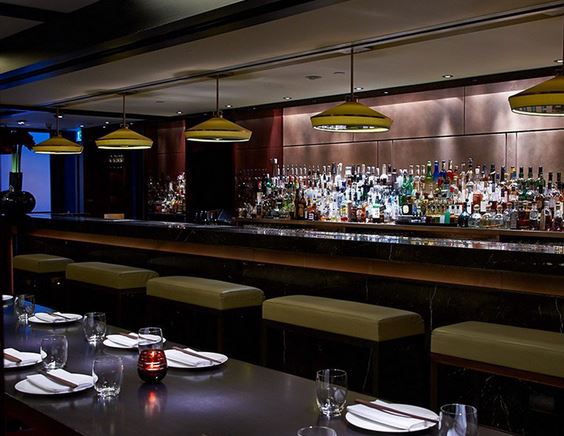 The restaurant is celebrating Chinese New Year at the moment

The starters are all associated with evoking pleasant emotions and include spicy lamb lupin wrap, dim sum platter and golden fried soft shell crab with red chili and curry leaf. The scallop that is nested within the dim sum platter is particularly exceptional and the crab is also very good.

Needless to say, the starter is plentiful and I was well-advised by the waiter to slightly extend the usual timeframe between courses. After I finished the starter, I was not sure how much space I had left and cursed myself for snacking on olives earlier during an after work drink.  However, after 20 minutes I had regained my appetite and was ready for the main offering. 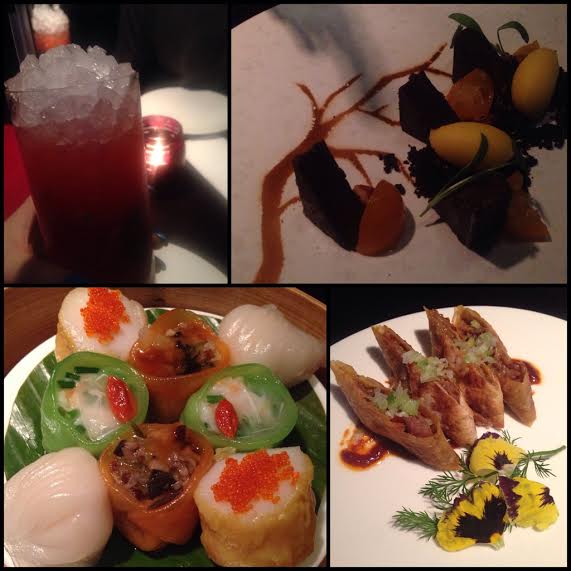 All of the dishes were excellent and it is hard to pick out a leader. However, I would credit the grilled Chilean seabass in honey as the best in show and the honey provided a delicate sweet edge to the impressively cooked seabass. While there is also a-la-carte choices, I would recommend following the nine dish menu as it provides a diverse feast and enables you to try several dishes at once.

Luckily the dessert is relatively modest in comparison to the preceding courses; it is just the right size to ensure that you leave on a sweet, rather than sickly, note! In honour of Chinese New Year, the Kumquat Wishing Tree is presented. It features chocolate, caramelized macadamia and cocoa rocks, made to sweeten the New Year. 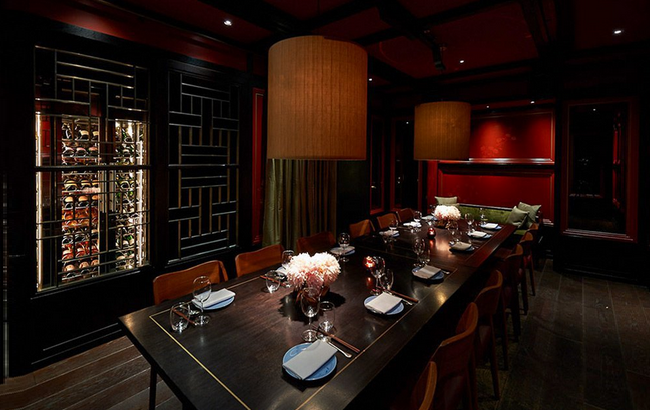 Hakkasan are also asking diners to hang a wish

You cannot fault the atmosphere, décor or food at Hakkasan. It is one of the most upmarket restaurants in the world, yet it also maintains plenty of character. This is evident when I was asked by the waiter to acknowledge the Wishing Tree tradition. After writing a personal wish for the coming year on red card, I watched as it was hung decoratively in the restaurant alongside other hopeful thoughts.

It goes without saying that those at Hakkasan really know how to make Chinese New Year and, crucially, your dining experience the ultimate special occasion.

The Chinese New Year menu is available for £88.88 per person. A la carte items will be individually priced, starting at £12.88.For more information on Chinese New Year at Hakkasan, please visit hakkasan.com.