Private View of ‘Ponies at War’ by Jeremy Houghton

Last week The Sloaney was invited to attend the Private View of Ponies at War. This striking exhibition celebrates 100 Years of British Army Polo and was hosted in the grand surroundings of the Cavalry & Guards Club, which is located in Mayfair, London.

Lanson Champagne and canapés were presented to a select number of especially invited guests as they arrived to admire the work by Jeremy Houghton. Jeremy recently finished as artist in residency for HRH The Prince of Wales and is one of Britain’s most prolific and exciting artists working today. 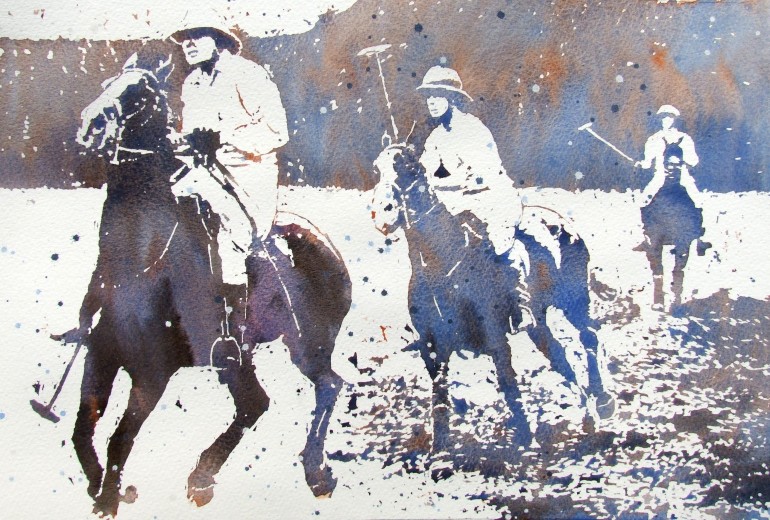 The exhibition has been inspired by previously unseen photographic archives that are set out to tell the story of how horses and the sport of polo came to influence the outcome of British military history. The Private View marked the launch of a seasonal tour for the exhibition. The work will be showcased at all of the main polo tournaments around the United Kingdom over the next few months and a percentage of sales will go to the Horse Trust.

Sloaney TV filmed at the Private View of Ponies at War and we have an exclusive preview of the powerful work that was displayed. Our Editor, Laura Toogood, also interviewed Jeremy to find out a little bit more about the stories behind each picture; she also touched on his time as artist in residency for HRH The Prince of Wales.

You can watch it here…

More information can be found at www.jeremyhoughton.co.uk