On Tuesday, I popped into Café Murano to sample the lunch menu for the first time. Café Murano is the little sister to the acclaimed Murano and it is located in the heart of St James. Both restaurants are run under the direction of Michelin Star chef, Angela Hartnett, who is a protégée of Gordon Ramsay.

Although I knew that I would be joining the Smart Experiences team for lunch at Royal Ascot the following day, I was not aware of their flourishing relationship with Angela, who supports many of their hospitality packages.

Angela has worked closely with Smart’s team of Chefs and operators to bring her incredible menus to many of Britain’s top events. The partnership has proven very popular and Smart by Angela Hartnett offers you the opportunity to taste some of Angela’s signature dishes outside of the normal restaurant setting. She is also present at every event to prepare the dishes in person and speak to people attending the occasion.

At Royal Ascot, Smart Experiences have created what is known as the Royal Village and Angela was on-hand to greet guests and express her interest in supporting such occasions. Her collaboration with the company includes involvement at Wimbledon and Twickenham to help provide a unique and exclusive hospitality experience. 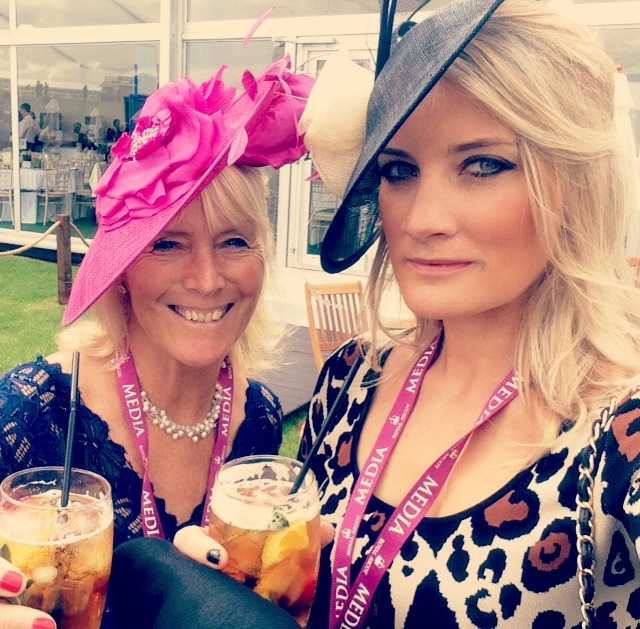 It was my first visit to this part of Ascot, which is positioned opposite the main concourse and near the middle of the track. It boasts several discreet chalets to cater for intimate gatherings, a large luncheon area and the centrepiece is a bar with bowler hats that was actually a feature at the London Olympics.

With Pimms on arrival, a three-course menu for lunch, entertainment provided by actors and musicians, as well as a Mad Hatter Afternoon Tea Party, you will almost forget the races are taking place! 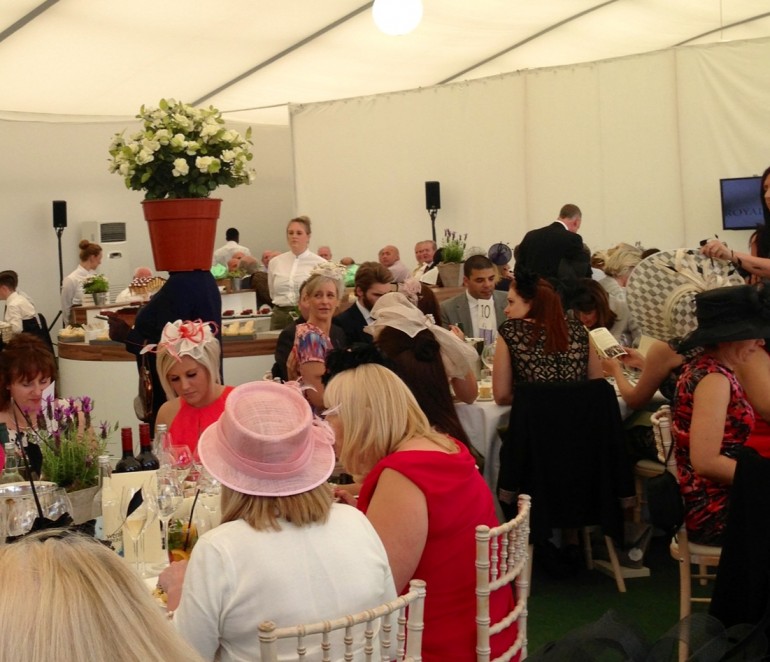 Although guests are positioned away from the hectic crowds and many of the hardened racing supporters, the area has its own bustling atmosphere and provides an exceptional viewpoint near the track to watch the Royal procession and the horses.

The compact setting is perfect for a group of friends or colleagues who are looking to enjoy Royal Ascot at leisure, without getting lost in the vast surroundings of the racecourse. Having a Michelin Star chef such as Angela Hartnett present, is the icing on the cake. 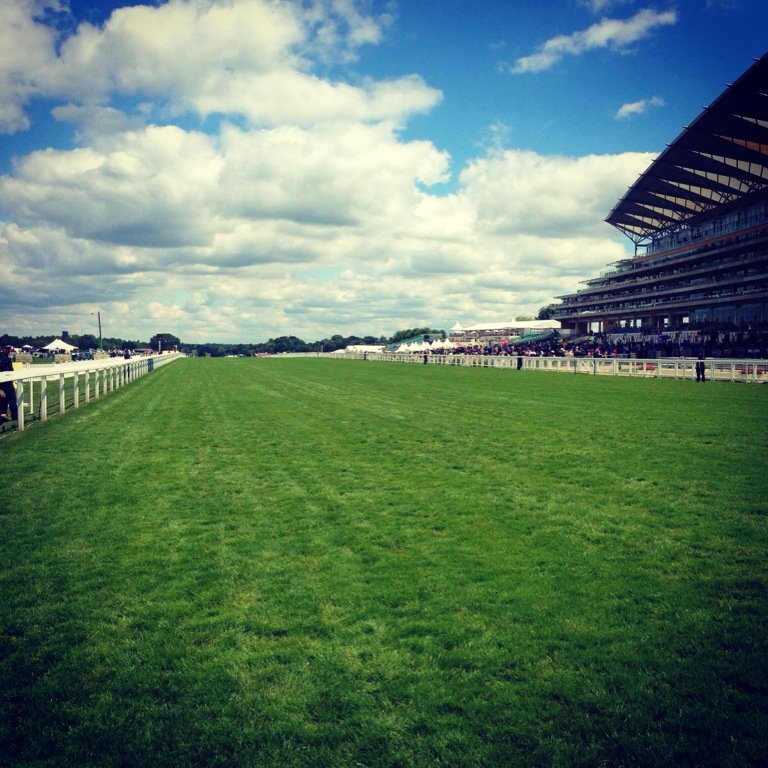 The Royal Village provides an excellent view of the racecourse

Although most of those attending Royal Ascot this year will already have planned the occasion, a visit to the Royal Village is certainly worth considering for next year. Smart Experiences are also offering packages at some of the other major events , including Wimbledon, Henley and Twickenham. So, there is still plenty of time to enjoy the offering in 2014!